Trump’s Cuba Policy Could Be a Setback for Travel Industry 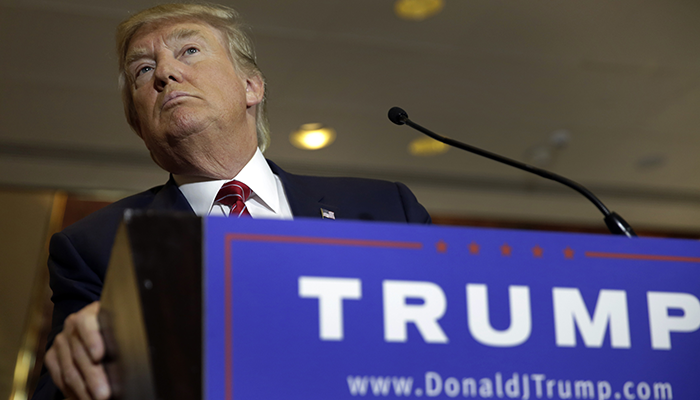 National polls suggest that Donald Trump’s chances of being elected president on Nov. 8 are becoming increasingly slim, but for the growing segment of the travel industry that is investing in newly opened Cuba, those slim chances present a significant threat to business interests.

While campaigning in Florida last week, the Republican presidential nominee tweeted that if elected, he would roll back the recent normalization of relations between the U.S. and Cuba.

“The people of Cuba have struggled too long,” he tweeted. “Will reverse Obama’s Executive Orders and concessions towards Cuba until freedoms are restored.”

For her part, his opponent, Democratic presidential nominee Hillary Clinton, has said that she would “work with Congress to lift the embargo.”

“First, we should help more Americans go to Cuba,” Clinton said in a 2015 speech. “If Congress won’t act to do this, I would use executive authority to make it easier for more Americans to visit the island to support private business and engage with the Cuban people.”

At the moment, travel is the industry most invested in Cuba’s opening, with America’s largest hotel, airline and cruise companies all launching operations there this year.

It was no coincidence that when President Obama landed in Havana last March, marking the first visit to the island by a sitting U.S. president in 88 years, the CEOs of Marriott International, Airbnb and Carnival Corp. were all there, too, and inked deals or received approval for future Cuba investments during or within days of the trip.

Many industry experts have said that the more U.S. businesses become entrenched in Cuba, the less likely it will be that a new administration would roll back the changes Obama has made.

During Obama’s visit, Carnival Corp. signed its long-awaited agreement to begin cruises to the island with its Fathom social-impact brand, and the U.S. Treasury Department approved Airbnb’s plans to expand its Cuba listings to non-U.S. travelers.

Two days prior to the trip, Treasury had granted approval to Marriott International and Starwood Hotels and Resorts to operate in Cuba.

Then, in August, the first commercial flights between the U.S. and Cuba in more than 50 years took off.

In stark contrast to Trump’s remarks, Obama said during his Havana visit that relaxed travel restrictions were already helping the Cuban people.

“Since we’ve made it easier to travel to Cuba, a lot more Americans are visiting the island, you may have noticed,” Obama said in Havana. “More Americans coming to Cuba means more customers for your businesses. More Americans using the dollar will mean that they will spend more, as well. There will be more channels for you to import supplies and equipment. More Americans will be able to buy your arts, crafts, food, Cuban-origin software as well as, of course, Cuban rum and cigars.”

William LeoGrande, a professor at American University who has written extensively on U.S.-Cuba relations, said last week that whether Trump would actually reverse Obama’s rollback cannot be predicted because the candidate has been inconsistent when it comes to Cuba policy.

“When Obama announced the opening in December 2014, Trump was the only Republican presidential candidate who said it made sense after 50 years — but he’d have gotten a better deal,” LeoGrande said. “Then in Miami a few weeks ago, trying to appeal to Cuban-Americans, he said he would close the embassy unless Cuba made concessions on human rights and religious freedom. Now he’s declaring flatly that he would roll back everything Obama has done. As president, he would have the power to do that, but there’s really no way to predict what he would actually do.”

What strikes some people as incongruous is that travel and hospitality are the businesses most entrenched in Cuba, while at the same time, the first hotel executive to be a presidential nominee is threatening to reverse the policies that enabled those companies to operate there.

“As a businessperson you’d think if he were responding to the business community, he would leave open the doors that Obama has opened,” LeoGrande said. “But on the other hand, there are a lot of conservative Republicans who have opposed the president’s policy.”

Carnival Corp., when asked if it was concerned about Trump’s tweet, said in a statement, “We remain optimistic that the progress we have made in Cuba will continue.”

Trump’s contradictory positions on Cuba apparently date back to the late 1990s.

According to a Newsweek report last month, in 1998 Trump’s hotel company, then called Trump Hotels & Casino Resorts, spent about $68,000 investigating potential investments in Cuba, expenditures that would have violated U.S. law at the time.

The news magazine reported that Trump executives visited the island and met with officials there about potential business operations, funneling the money spent on the trip through a consulting firm that instructed the executives to make the trip look like a charitable effort.

Shortly after the alleged trip, Trump launched his first presidential campaign, in Miami in 1999, where he is seen in a video at an event hosted by the Cuban American National Foundation, an organization of Cuban exiles, saying he would maintain the embargo and spend no money in Cuba as long as Castro was in power.

“Putting money and investing money in Cuba right now doesn’t go to the people of Cuba,’’ Trump told the crowd. “It goes in the pockets of Fidel Castro. He’s a murderer. He’s a killer. He’s a bad guy in every respect and, frankly, the embargo must stand if for no other reason than, if it does stand, he will come down.”

“One month he was trying to see if he could open a casino in Cuba, and the next month he was saying nobody should invest in Cuba as long as Castro is in power,” LeoGrande said. “There is no way of knowing what he is going to do” if elected.

The Heat Is on for the Italian Airports
How Does BREXIT Affect Caribbean Tourism?
The Dominican Republic Remains a Safe Travel Destination
Senator Leahy: Americans and Cubans Deserve Better
Why Is Trump Assaulting Americans’ Freedom to Travel to Cuba?
Trump’s Cuba Policy Could Be a Setback for Travel Industry
The Travel Agent Community Reacts to New Terror Attacks in New York
Travel Agents Rely on Social Media to Generate Buzz on New Destinations