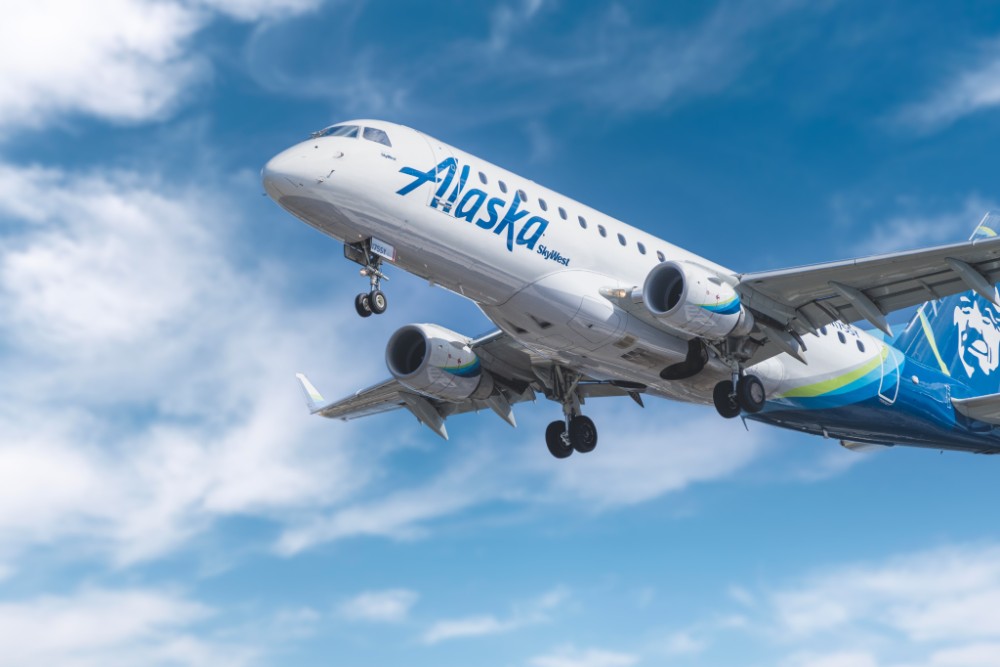 Alaska Airlines announced it has finalized an agreement with biofuel company Gevo Inc., to purchase its most significant sustainable aviation fuel (SAF) offtake commitment to date – 185 million gallons of SAF over five years starting in 2026. This agreement was developed alongside others in the oneworld alliance.

"Using sustainable aviation fuel is a significant part of Alaska's five-part path to reach net zero carbon emissions, and alongside others in the oneworld alliance, we are committed to creating a more sustainable future for aviation," said Diana Birkett Rakow, senior vice president of public affairs and sustainability at Alaska Airlines. "SAF is the most immediate path we have toward decarbonization of aviation, but we recognize there is significant work required ahead – including public policy action – to make SAF a viable, affordable option at scale."

"Alaska is proud to play a role in advancing this critical market for sustainable aviation fuels," said Ann Ardizzone, vice president of supply chain at Alaska Airlines. "Making SAF commercially viable at scale requires strong partners and action on all fronts. We appreciate the partnership of suppliers like Gevo in tackling this challenge."

In April 2021, Alaska announced the company's commitment and roadmap to achieve carbon net zero by 2040, and established a five-part path to achieve that goal.

The path includes operational efficiency, fleet renewal, sustainable aviation fuel, electric or hybrid-electric aircraft over the long term and credible carbon offsets only as needed to achieve our targets if technology does not advance fast enough to close the gap without.

Of this path, sustainable aviation fuel provides the greatest opportunity to decarbonize in the near and medium term, and Alaska has been working for over a decade to first test and then use SAF.

In 2016, Alaska and Gevo made history by flying the world's first commercial flight using forest residuals from Seattle-Tacoma International Airport to Reagan National Airport in Washington, D.C., powered by a 20 percent blend of SAF. Today, Alaska is using SAF in its operations in California and works with multiple producers and other partners to use and facilitate the development of additional SAF supply in the future.

Alaska's most recent ESG report – its Care Report – outlines more detail on its goals and progress, and details specific challenges and actions needed to advance SAF.

In September 2020, oneworld became the first global airline alliance to announce a target of carbon neutrality by 2050, establishing its commitment to long-term sustainability for the industry. The alliance followed up that commitment with an intermediate goal to achieve 10% SAF use across the member airlines by 2030.