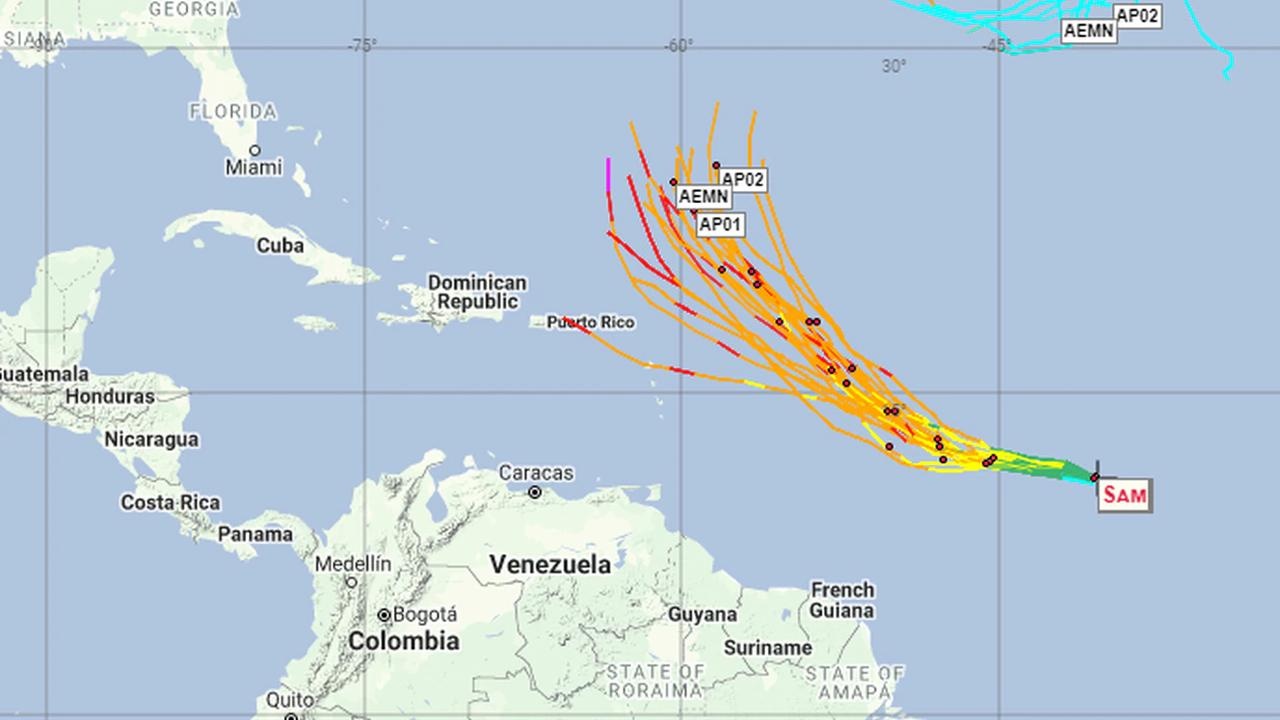 Hurricane Sam has strengthened into a Category 3 hurricane and continues to intensify in the central Atlantic Ocean. It is increasingly likely to pass north of the Leeward Islands next week. Subtropical Depression Teresa continues to swirl north of Bermuda, but will not have any impacts in the U.S.

Sam became the fourth major hurricane of the 2021 Atlantic hurricane season Saturday morning just 30 hours after it became a hurricane. Sam is still over 1,000 miles east-southeast of the northern Leeward Islands moving west.

Despite Sam's expected rapid intensification, it's not yet clear if Sam will ever threaten land, but it will slow down. Sam's forward speed will slow this weekend, as high pressure to its north acting as its initial steering wheel weakens.

According to the latest computer forecast models, Sam may not reach the longitude of the Leeward Islands until next Thursday. It is increasingly likely that Sam will bypass the islands to the north, but the possibility of closer impacts remains on the table.

That pattern would cause Sam to curl north, then northeastward into the central or western Atlantic Ocean, rather than simply plowing westward. 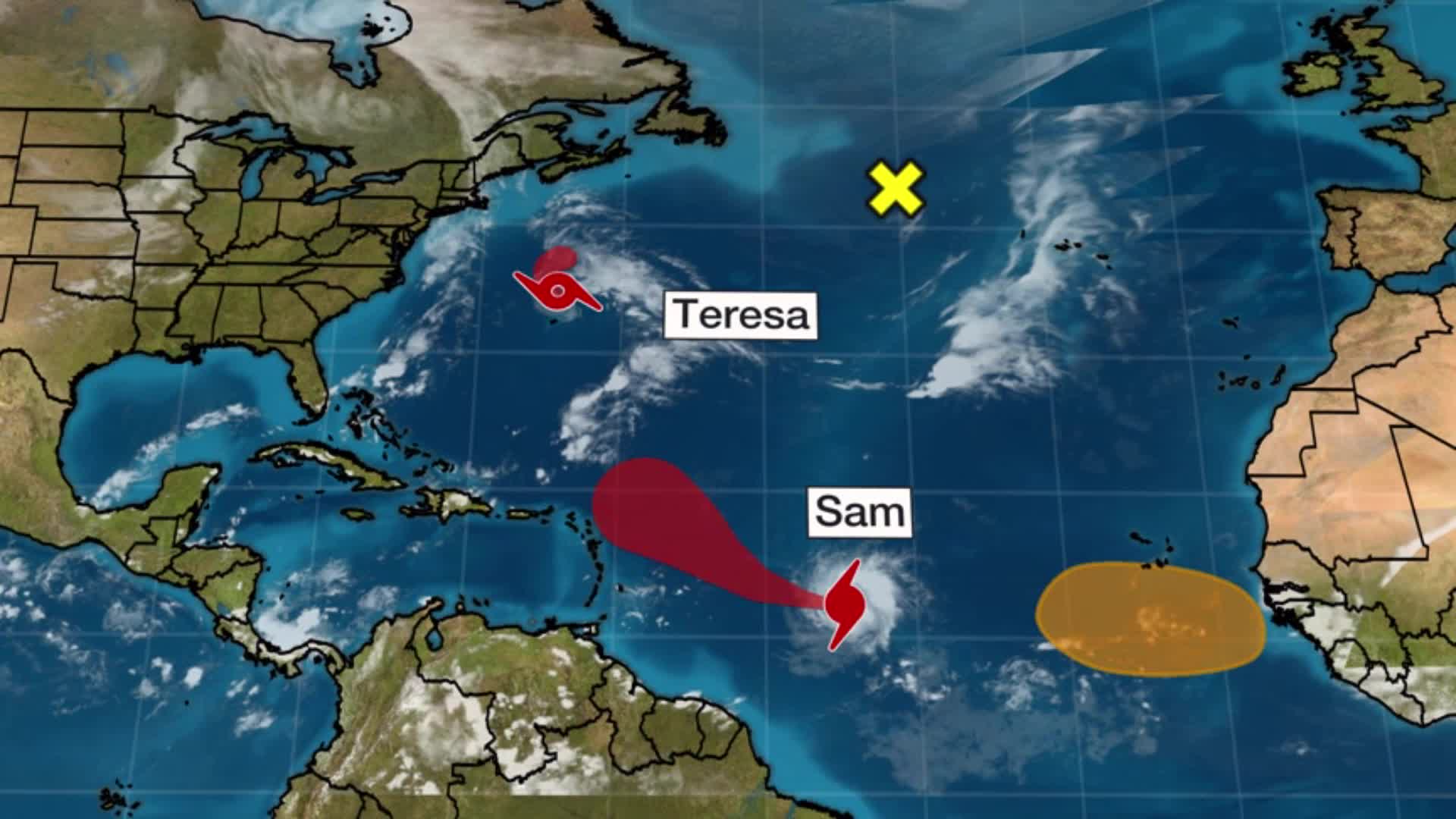 Sam could at least generate high surf and rip currents along the East Coast more than a week from now even if it stays well offshore, as Hurricane Larry did earlier this month despite passing east of Bermuda.

A new storm formed Friday afternoon in the neighborhood of Bermuda and had sustained winds above 40 mph, making it the 19th named storm of the season. It is the second earliest 19th or "T" storm in the basin's history.

Teresa will meander northward in the open Atlantic and is not expected to bring impacts to any land.