Belize: The Chance to Do Something Different 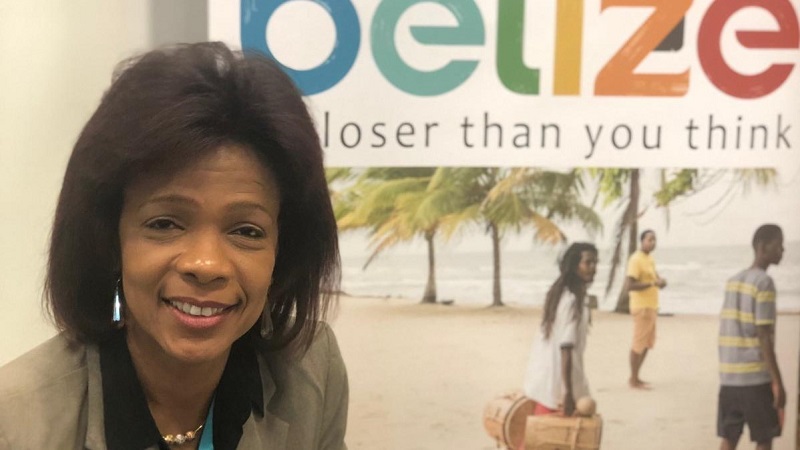 Q & A with Karen Bevans, Director of Tourism of the Belize Tourism Board

Belize is famous worldwide for its Blue Hole -a genuine paradise for divers and snorkelers- and for its amazing rainforests that tourists love feasting eyes on. But the small Central America nation has a whole lot more to offer. In an exclusive interview with Caribbean News Digital, Karen Bevans, director of Tourism with the Belize Tourism Board, explained that her lovely nation is a melting pot of culture where visitors can do different things with each passing day.

How significant is for Belize to attend ITB Berlin?

This market is very important for us. It has great potential and there’s high demand coming from this market. Two years ago, we signed a marketing contract to get awareness of Belize in the German market and as a result, last year we had a 25 percent growth.

We recognize that the German market is looking for more off-the-beaten-path destinations, destinations that are not top of mind and Belize is definitely that. Belize’s slogan is “A Curious Place” and I think that adds to an increase from the German market. Of course, we plan to get more visitors as we step up our awareness here. Just another thing that attracts or impacts the Germans is the cultural aspect of Belize.

If you go to the south, in Toledo, which is close to Guatemala, you can do Mayan homestays and live with a Mayan family and do exactly what they do. They teach you to weave baskets and cook the Mayan tortilla. So, you immerge yourself with the local culture and get to understand what they do. The Germans seem to be more culturally inclined. They like to get the chance to do those sorts of things and Belize is a unique destination for that.

We’re a trending destination. Last year, our tourism got a 14.6 percent increase over 2017 and that’s been a double-digit growth from the past year. We believe that the world’s average tourism growth is around 4 percent, according to the UNWTO, so with Belize having a 14.6 percent growth, we’re obviously performing above the average level and doing good as an outcoming destination.

How long have you been attending ITB?

This is the second year of attendance.

Have you also attended other fairs?

We went to FITUR in Madrid back in January. We also attended WTM in London and we also attend fairs and do roadshows in this region. We’re expanding our potentials in the area because we’ve been the growth and we intend to make this market grow even more.

How important is CATA, the Central America Travel Agency, for promoting Belize among other countries in the region?

CATA is highly important to us. Before we started coming to ITB, CATA was our only source of markets in this region and they are the ones that really gave us a foundation in the European market, the one that made Belize known in the European market. Now we’re building on that start that they have done and we’ve seen a difference over the past two years as well. So, we remain a CATA member and continue doing promotions via CATA, though we also do it independently.

How important is the airlift for the incoming tourism that you have in Belize? Do you have many direct flights from Germany to Belize, for example?

There are many direct routes. Just to give you an example, in 2014 we had 11 direct flights to Belize. Today, five years later, we have 21 direct flights to Belize. They are mostly coming from the U.S., but we also have flights from other countries, like COPA that flies from Panama, Avianca that flies from El Salvador to Belize, Aeromexico from Mexico City to Belize. So, we do a lot of connections as well, but most of the flights come from the U.S. We’re now holding talks with a European carrier right now; I cannot mention its name because we’re under discussions, but we plan to have a direct flight from Europe very soon.

How significant is gastronomy for Belize as a travel destination?

It’s highly relevant because as a melting pot of cultures that we are, we have different culinary experiences. So, that’s relevant indeed and that adds to the experience of the German market for us.