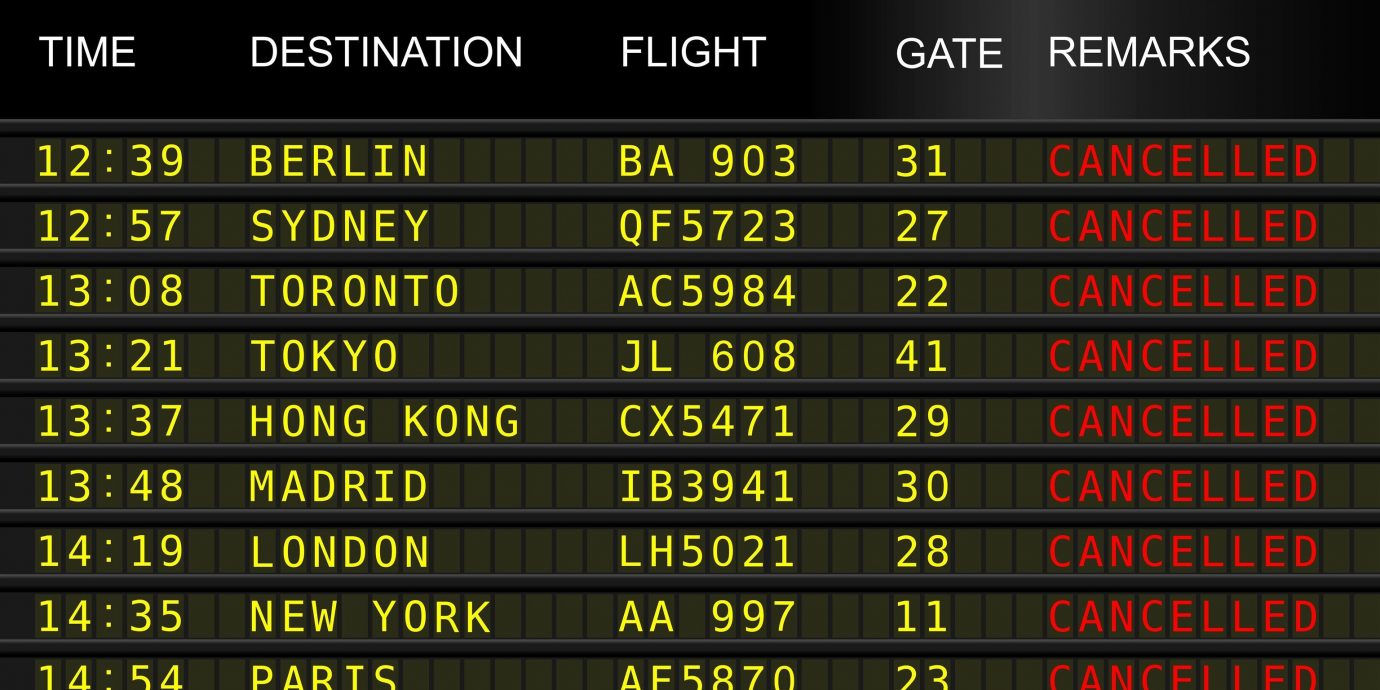 The global outbreak of coronavirus, known as COVID19, has prompted massive air booking cancellations in Europe and the United States.

According to a study published by ForwardKeys, the travel analytics company, the outbreak of the COVID19 virus in Italy, in the final week of February, has triggered a wave of cancellations to that European country and a collapse in new bookings to Europe from intercontinental source markets.

From the moment China imposed restrictions on outbound travel, in the week of January 20 to February 22, and the outbreak of COVID19 cases in northern Italy began, bookings to Europe from Intercontinental source markets decreased by 23.7 percent, the ForwardKeys study goes on explain.

In the final week of February, the situation got worse off as the number of new bookings to Italy was suddenly outpaced by the cancellation of existing bookings. The impact on travel was not confined to Italy; simultaneously, the overall number of new flight bookings to Europe fell by a whopping 79 percent.

According to the ForwardKeys study, bookings from the Asia Pacific region fell by 114.2 percent, followed by the Americas which skidded by 68.1 percent and Africa & the Middle East, which slumped by 49.9 percent. 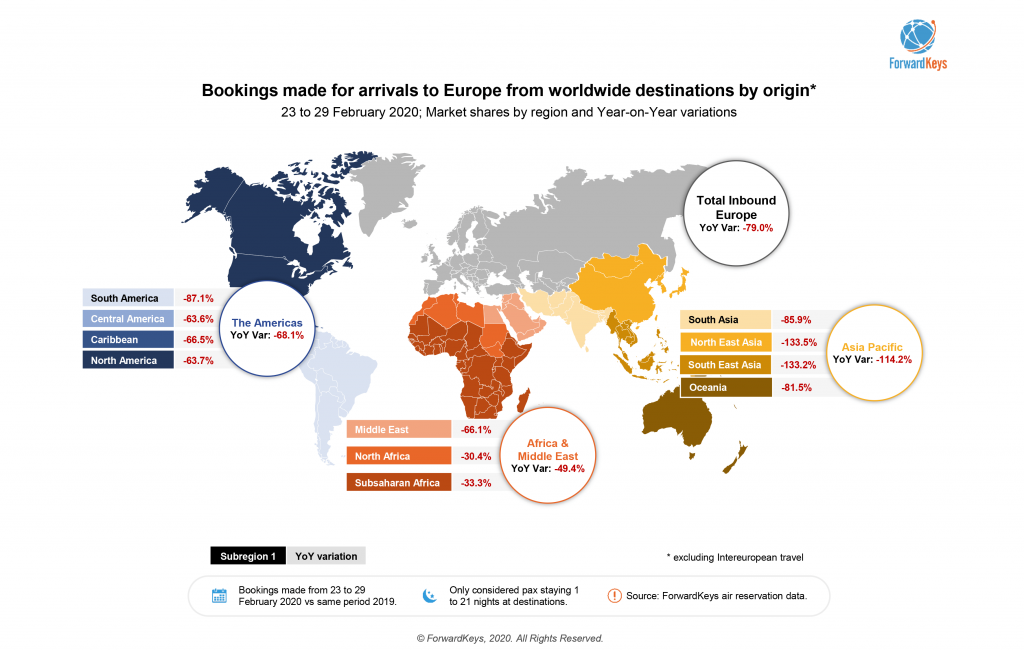 The United States of America

A different but similar study published by ForwardKeys reports that the travel setback caused by the coronavirus outbreak has also hit the world’s second largest outbound travel market, the USA.

In the five weeks following the imposition of travel restrictions on outbound travel from China, there was a 19.3 percent decline in the number of bookings made for travel from the U.S. 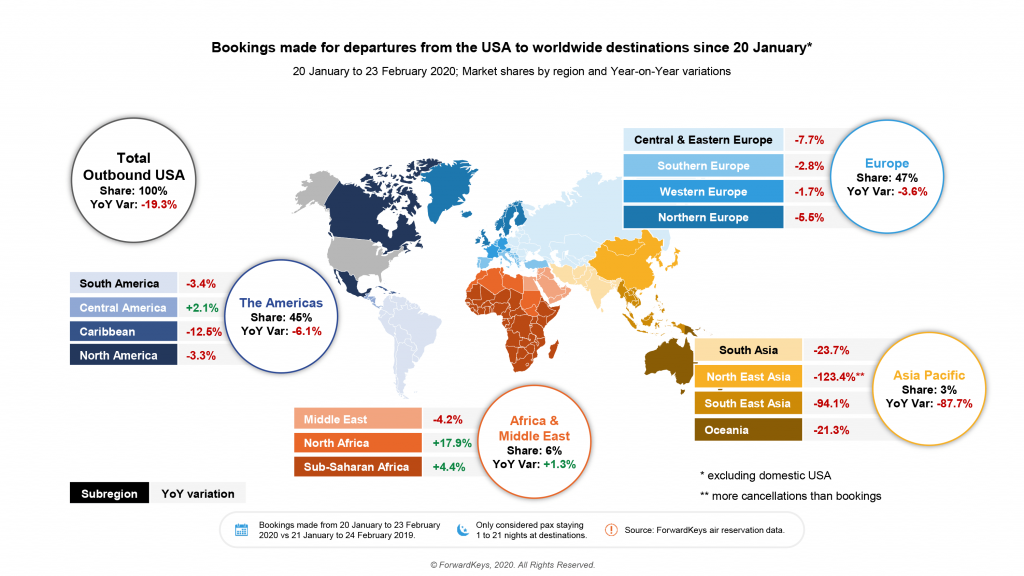