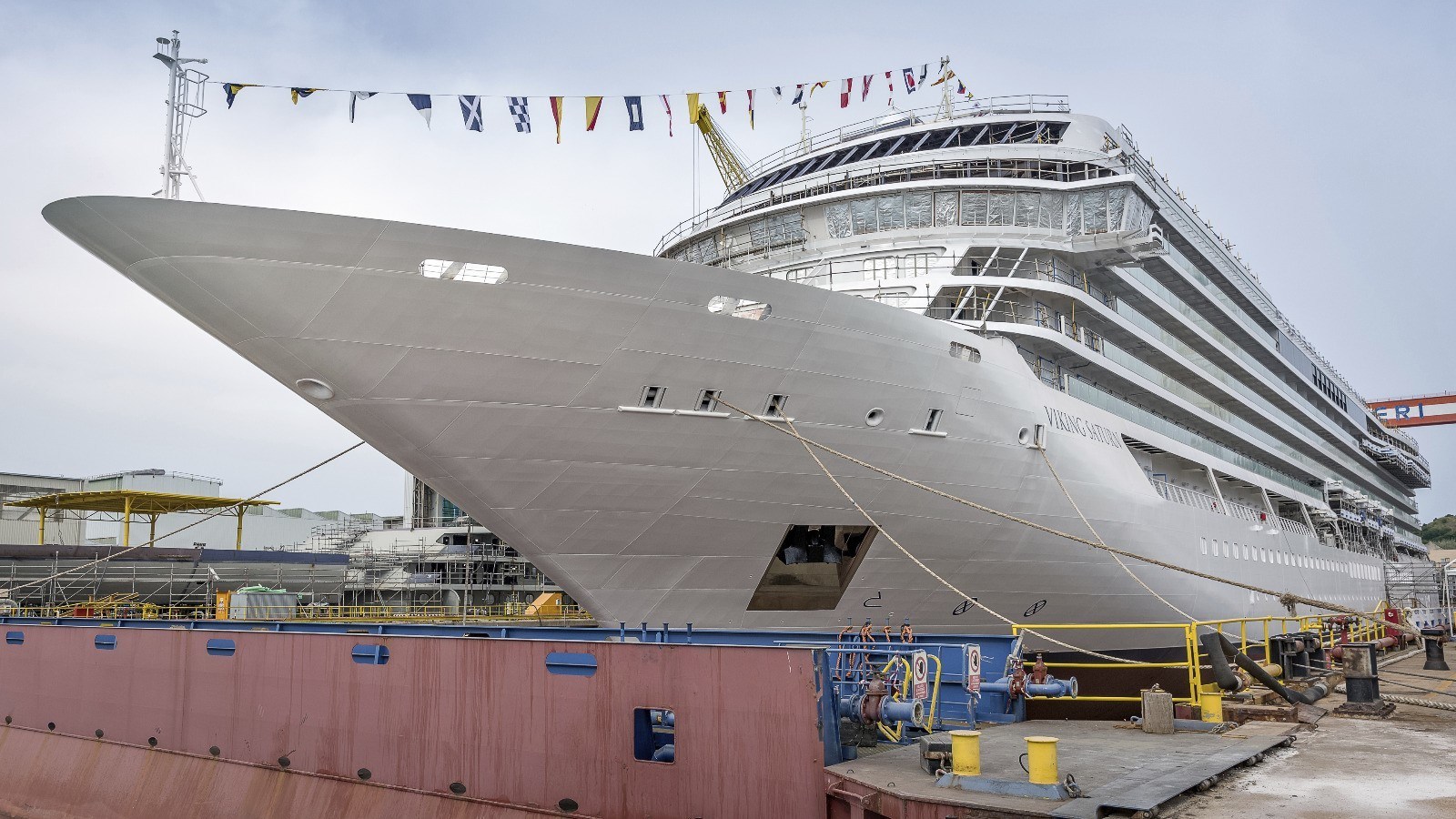 Viking has announced its newest ocean ship—the 930-guest Viking Saturn—was "floated out," marking a major construction milestone and the first time the ship has touched water.

Scheduled to debut in April 2023, the Viking Saturn will spend her maiden season sailing itineraries in the Mediterranean and in Northern Europe.

"It is always a proud day when a new Viking ship meets water for the first time and moves one step closer to joining her sister ships in our fleet," said Torstein Hagen, Chairman of Viking. "Together with Fincantieri, we have built the world's most elegant ocean vessels—and we look forward to welcoming our first guests on board the Viking Saturn when she is delivered next spring."

The traditional float out ceremony took place at Fincantieri's Ancona shipyard and is significant because it denotes a ship moving into its final stage of construction.

The float out of the Viking Saturn began at approximately 11:00 a.m. local time when the Viking team cut a cord that signaled water to flow into the ship's building dock.

Following a two-day process that will set the Viking Saturn afloat, she will then be moved to a nearby outfitting dock for final construction and interior build-out.