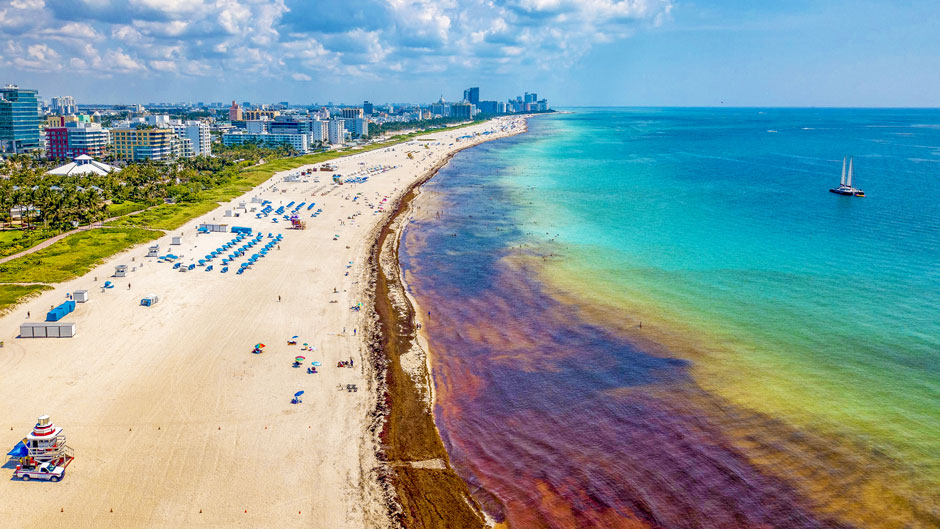 (AP) - A record amount of seaweed is smothering Caribbean coasts from Puerto Rico to Barbados as tons of brown algae kill wildlife, choke the tourism industry and release toxic gasses.

More than 24 million tons of sargassum blanketed the Atlantic in June, up from 18.8 million tons in May, according to a monthly report published by the University of South Florida's Optical Oceanography Lab that noted "a new historical record."

July saw no decrease of algae in the Caribbean Sea, said Chuanmin Hu, an optical oceanography professor who helps produce the reports.

Sargassum levels for the eastern Caribbean rose at a near record high this year, second only to those reported in July 2018. Levels in the northern Caribbean are at their third highest, following July 2018 and July 2021, he said.

Scientists say more research is needed to determine why sargassum levels in the region are reaching new highs, but the United Nations' Caribbean Environment Program says possible factors include a rise in water temperatures as a result of climate change and nitrogen-laden fertilizers and sewage waste fueling algae blooms.

Large masses of seaweed have a severe environmental impact, with decaying algae altering water temperatures and the pH balance as well as leading to declines in seagrass, coral reef and sponge populations.

The concentration of algae is so heavy in some parts of the eastern Caribbean that the French island of Guadeloupe issued a health alert in late July. It warned some communities about high levels of hydrogen sulfide emanating from huge rotting clumps of seaweed, which can affect people with respiratory problems including asthma. 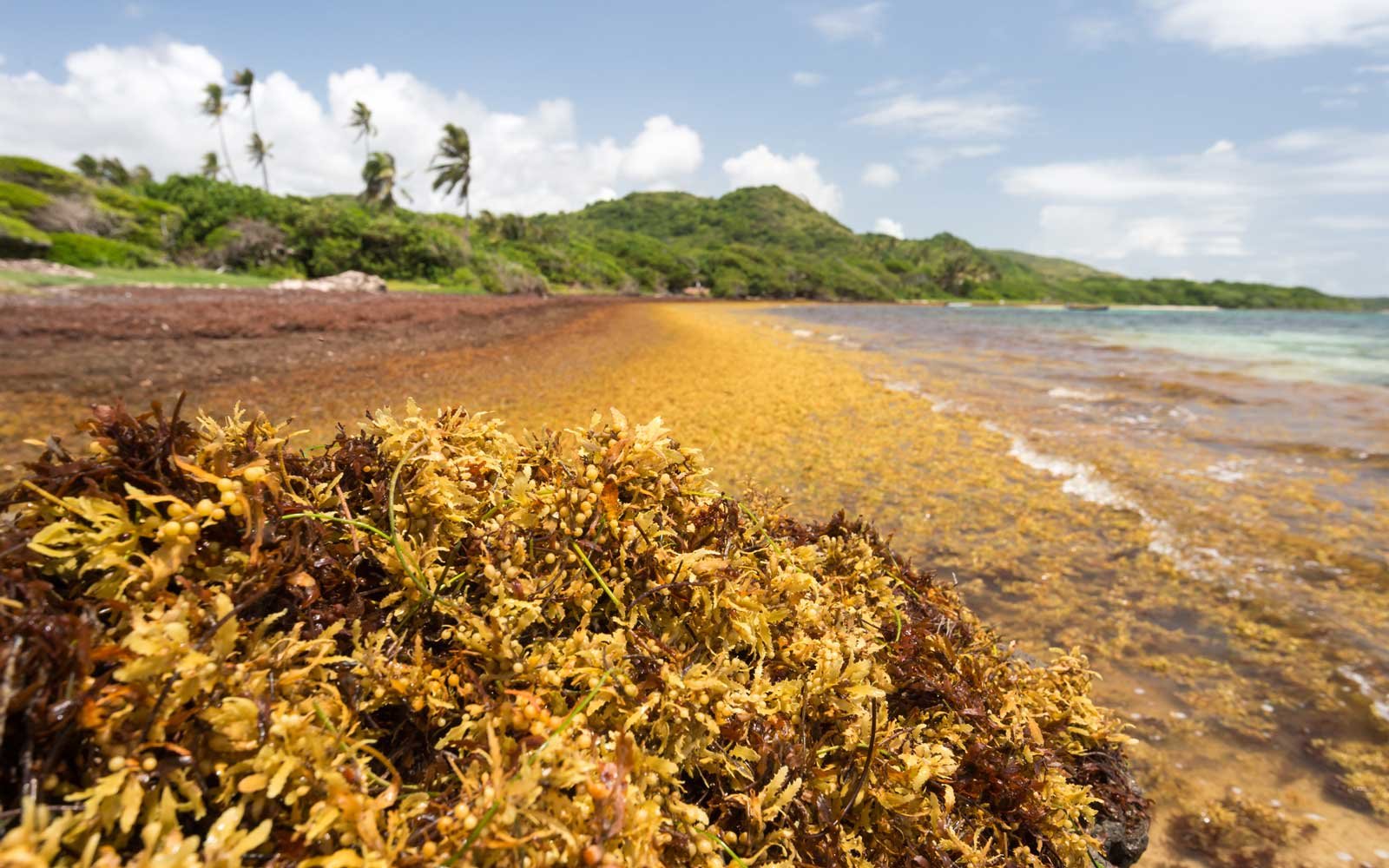 Experts first noted large amounts of sargassum in the Caribbean Sea in 2011 that Hu and other scientists think were created by stronger than normal winds and currents. The problem has worsened as clumps multiplied, fueled by nutrients and strong sunlight.

Sargassum in moderation helps purify water, absorb carbon dioxide and is a key habitat for fish, turtles, shrimp, crabs and other creatures. But it is bad for tourism, the economy and the environment when too much accumulates just offshore or on beaches.

A carpet of brown algae recently surrounded an uninhabited island near the French Caribbean territory of St. Martin that is popular with tourists, forcing officials to suspend ferry service and cancel kayaking and snorkeling tours. The normally translucent waters around Pinel Island turned into a prickly brown slush.

Masses of sargassum also have strangled the Caribbean's fishing industry. It damages boat engines and fishing gear, prevents fishermen from reaching their boats and fishing areas and leads to a drop in the number of fish caught. Barbados has been especially hit hard since flying fish make up 60% of the island's annual landed catch, according to the University of the West Indies.

An overabundance of sargassum was blamed for the recent deaths of thousands of fish at the French Caribbean island of Martinique. It also has activists concerned about the plight of endangered turtles, with some dying at sea entangled in seaweed or unable to lay their eggs given the mat of algae covering the sand. 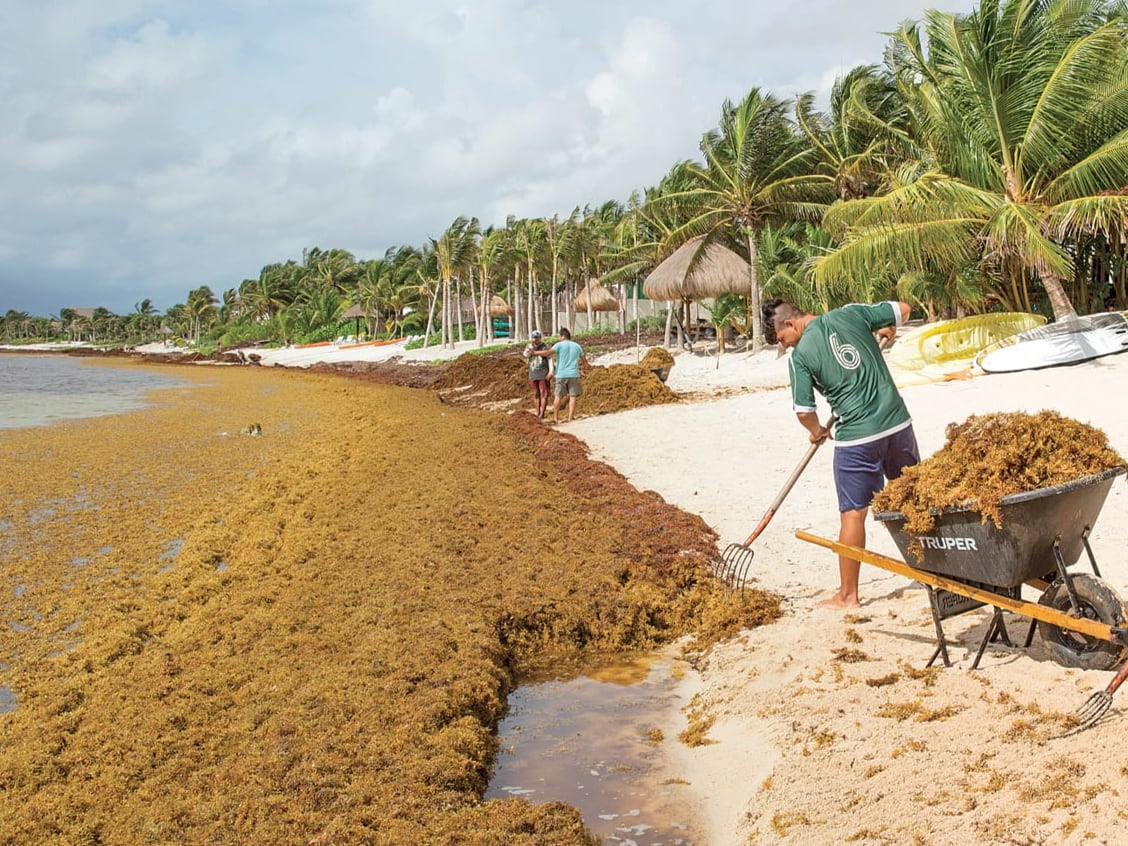 In the Cayman Islands, a thick carpet of sargassum had prompted officials to launch a trial program in which crews pumped more than 2,880 square feet (268 square meters) of seaweed out of the water. But on Tuesday, the government announced it suspended removal efforts because the level of decomposition made it impractical.

Other island nations have opted to use heavy machinery to remove seaweed from the beach, but scientists warn that this causes erosion and could destroy the nests of endangered turtles.

Attempts to use sargassum as fertilizer, food, biofuel, construction material or medicinal products continue, but many Caribbean islands are unable to remove the vast amounts of the seaweed because they are struggling financially and have limited resources.

Since 2011, large amounts of sargassum have invaded the Caribbean every year except 2013 — an anomaly that scientists believe may have resulted from a lack of nutrients and a change in wind strength and direction. And the record amounts reported in recent years are even more concerning for scientists and island governments.