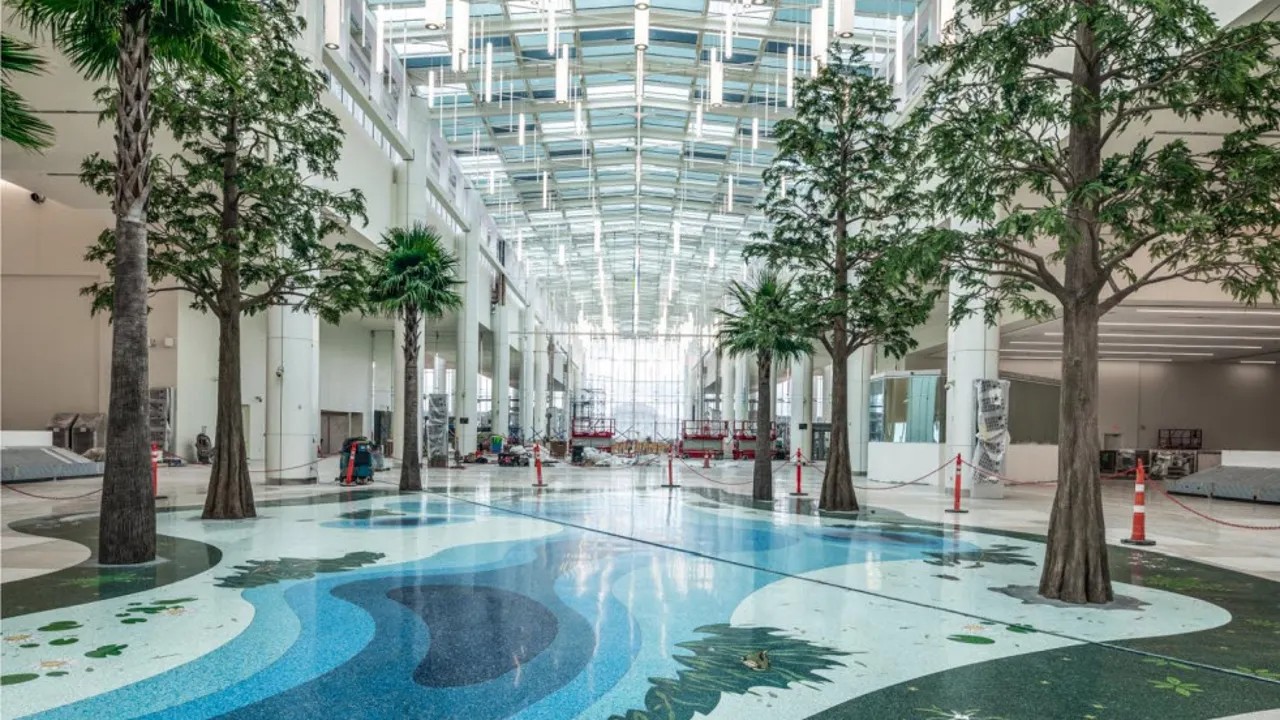 (AP) - Visitors to the new terminal at Orlando International Airport may want to wear sunscreen, shades and a floppy hat.

Sun rays beaming through the windows of its soaring ceilings don’t just peck at the passing passengers — they practically smooch them as if they were spending a day at the beach.

Accompanied by realistic-looking fake indoor palm trees, gigantic LED screens depicting underwater springs and skylight views of blue skies and billowing clouds, Terminal C lets passengers know they have arrived in Florida. And that’s the point, as the world’s seventh-busiest airport makes a $2.8 billion bet when the 1.8 million-square-foot (167,225-square-meter) terminal opens to the public this week that Florida’s tourism is moving well beyond the pandemic slowdown and has a bright future.

With 40.3 million passengers last year, Orlando International Airport was the busiest airport in Florida, according to Airports Council International. However, that figure was still a fifth below the number of passengers in 2019 before the coronavirus pandemic. For 2022, the airport had a rolling 12-month total at the end of June of 47 million passengers, just shy of the 50.6 million who came in 2019.

The addition of Terminal C gives the airport the ability to handle 12 million more passengers at the terminal’s 15 new gates in a first phase, increasing the airport’s capacity by a quarter. Airport officials say it will ease some of the crowding that had grown in the decade before the start of the pandemic at the airport’s other two terminals as central Florida became the most visited destination in the U.S.

The Orlando area had 59.3 million visitors last year, up two-thirds from 35.3 million in 2020, when central Florida’s theme parks shut down for several months and international travel was limited in an attempt to stop the virus’ spread. However, last year’s Orlando area visitor numbers still fell short of the pre-pandemic high of 75.8 million in 2019.