Canaries Volcano Keeps Spewing Lava Up in the Air 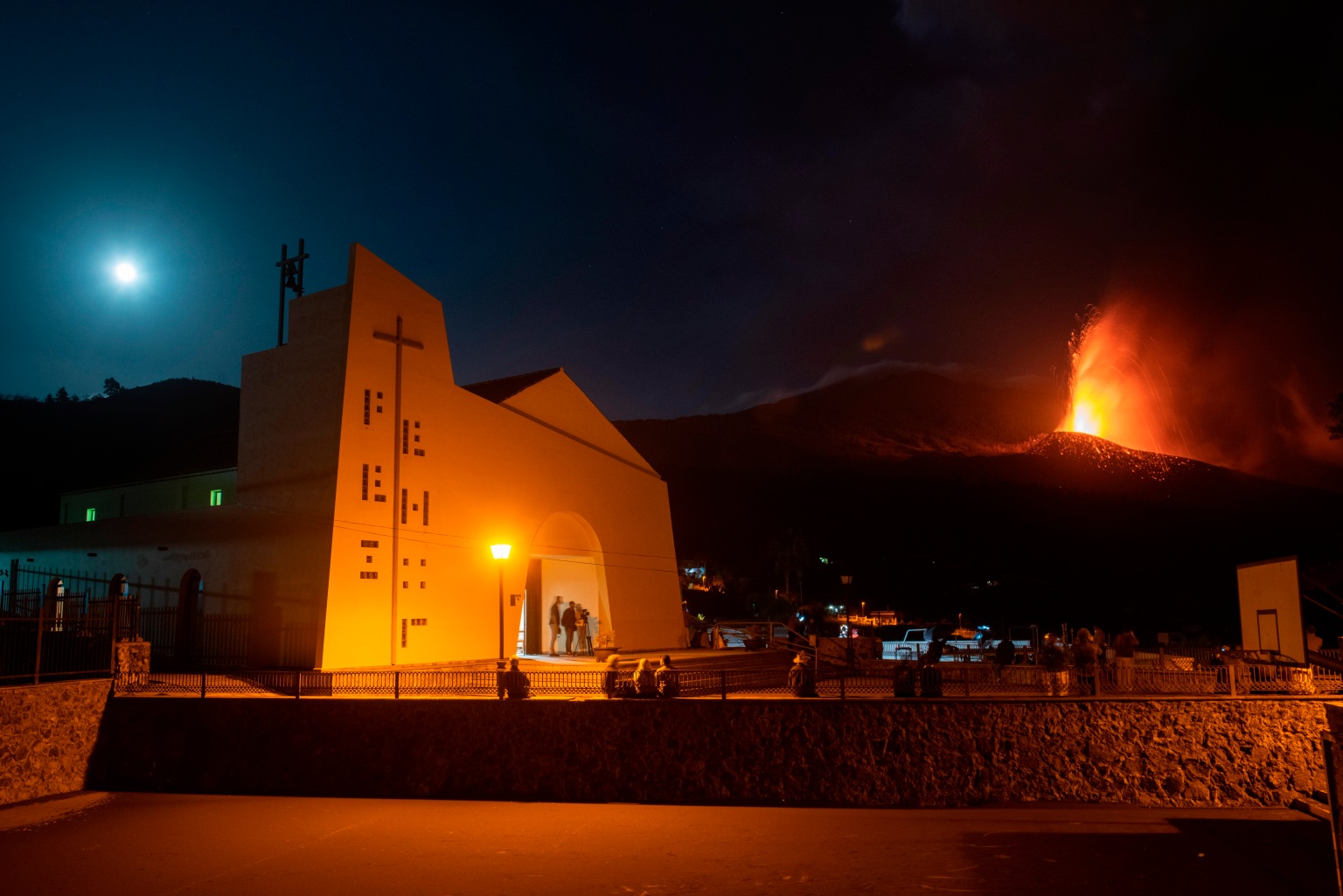 (Reuters) - The Cumbre Vieja volcano on the Canary Island of La Palma shot lava into the air in loud bursts on Thursday morning while toxic ash blanketed the surrounding area.

For a fifth day, lava flowing down the slopes of the volcano engulfed houses, schools and banana plantations, although more slowly than in previous days.

Streams of black lava have advanced slowly westward since Sunday, incinerating everything in their path, including houses, schools and the banana plantations that produce the island's biggest export.

The lava has destroyed nearly 200 houses and forced thousands of people to flee. Property portal Idealista estimated the volcano had so far destroyed property worth around 87 million euros ($102 million).

Spanish banking associations offered to provide vacant properties held by banks to people who have lost their homes.

Local authorities have warned people to clean vegetables and clothes to avoid ingesting the toxic ash.

A cloud of sulfur dioxide is expected to move east in the coming hours over the rest of the Canary archipelago, the Iberian peninsula and the Mediterranean.