The Damage Caused by at Least 50 Tornadoes in Eight States 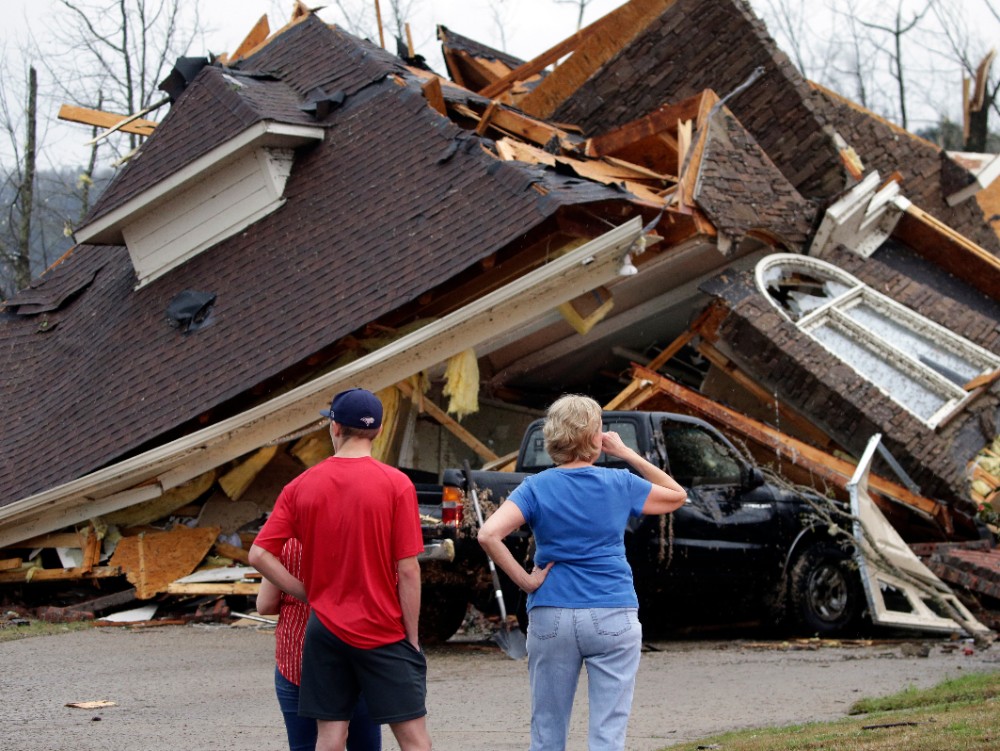 (CNN) - More than 100 people are feared dead after a series of tornadoes ripped through several U.S. states in the Midwest and South and transformed homes and businesses into piles of rubble late Friday into Saturday.

In Kentucky alone, the death toll is at least 80 and is going to exceed 100, Gov. Andy Beshear told CNN on Sunday morning -- making it the deadliest tornado event in the state's history. 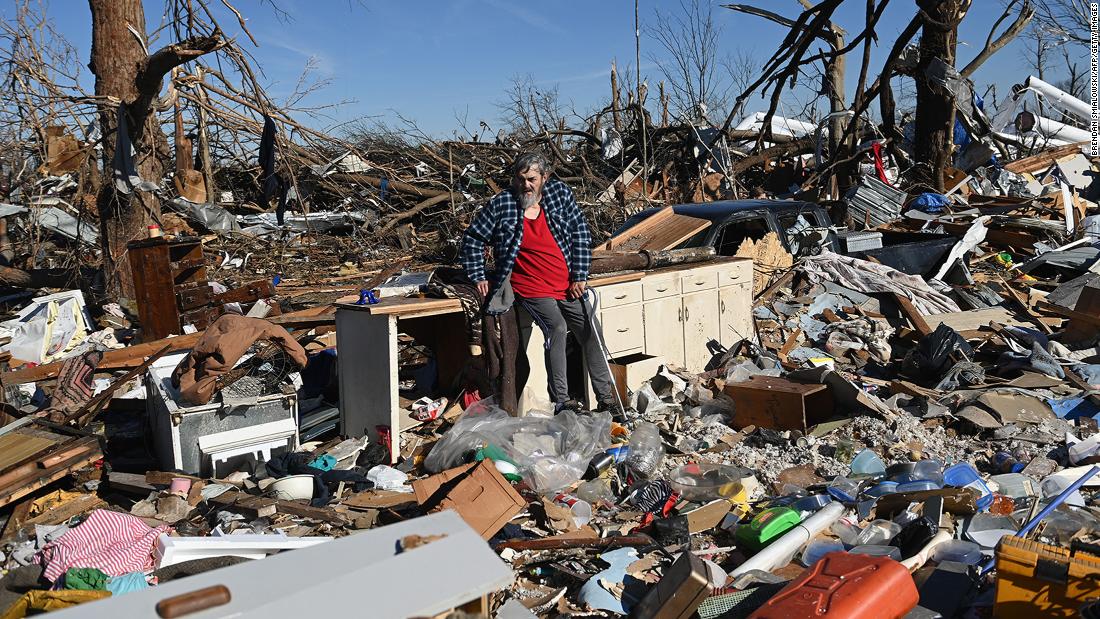 During a Sunday news conference, Beshear said 18 counties are reporting tornado-related damage. As of Sunday morning, between 36,000 -- 50,000 individuals were without power, Beshear said.

"To the people of America, there is no lens big enough to show you the extent of the damage here in Graves County or in Kentucky," the governor said. 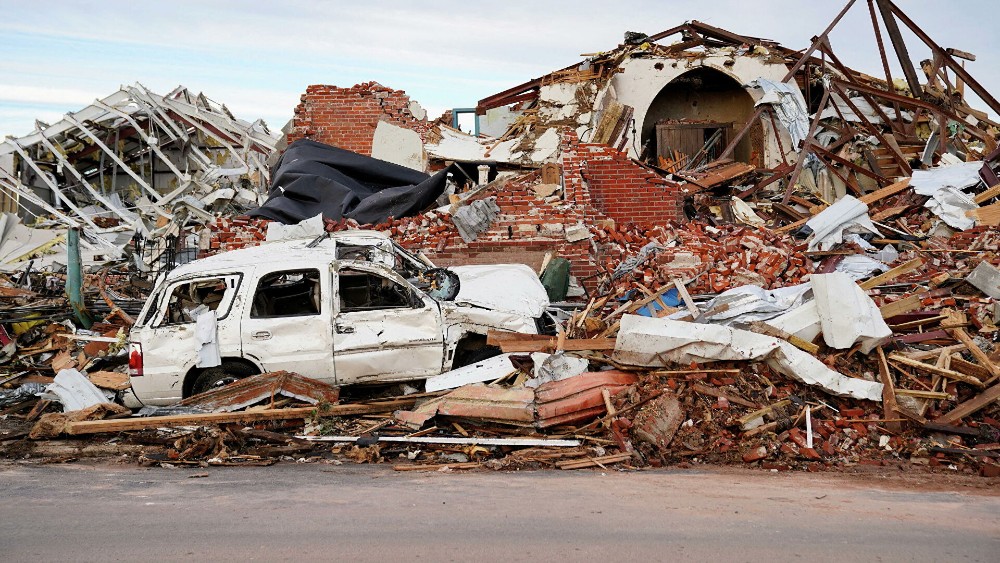 Several state parks across Kentucky have been opened to help house families that have lost their homes, Beshear said.

At least 50 tornadoes were reported across eight states, according to the National Weather Service's Storm Prediction Center. CNN meteorologists said a stretch of more than 250 miles from Arkansas to Kentucky might have been hit by one violent, long-track twister. 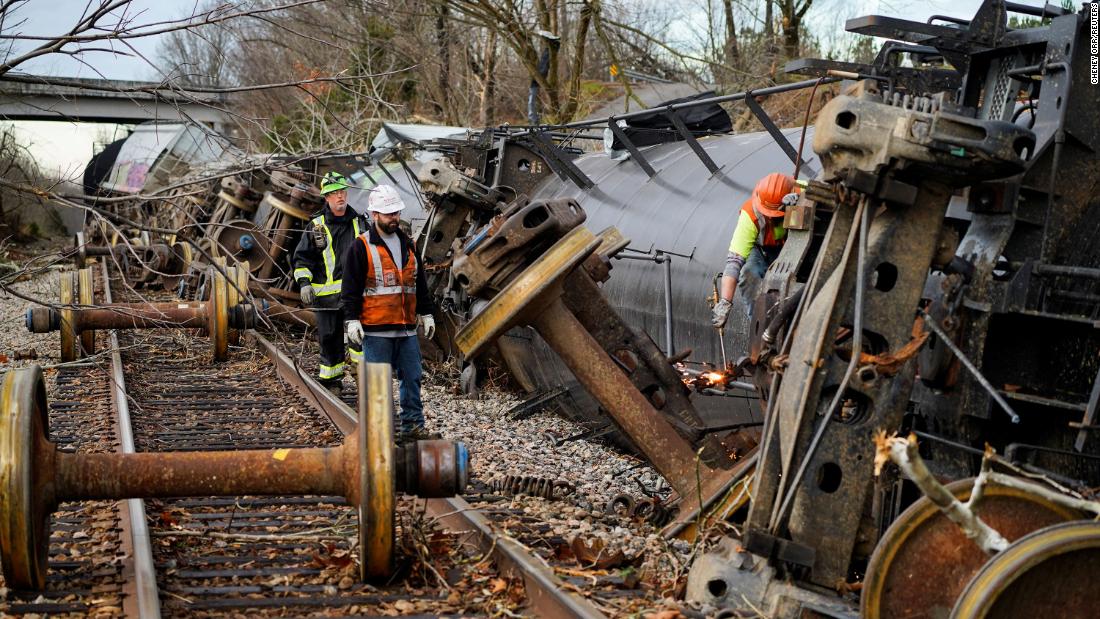 In Mayfield, Kentucky, a city of around 10,000 people, the Mayfield Consumer Products candle factory collapsed into a massive pile of debris, and rescuers used their hands and machines to dig through the destruction.

"There's at least 15 feet of metal with cars on top of it, barrels of corrosive chemicals that are there. It will be a miracle if anybody else is found alive in it," Beshear said. "Downtown is completely devastated." 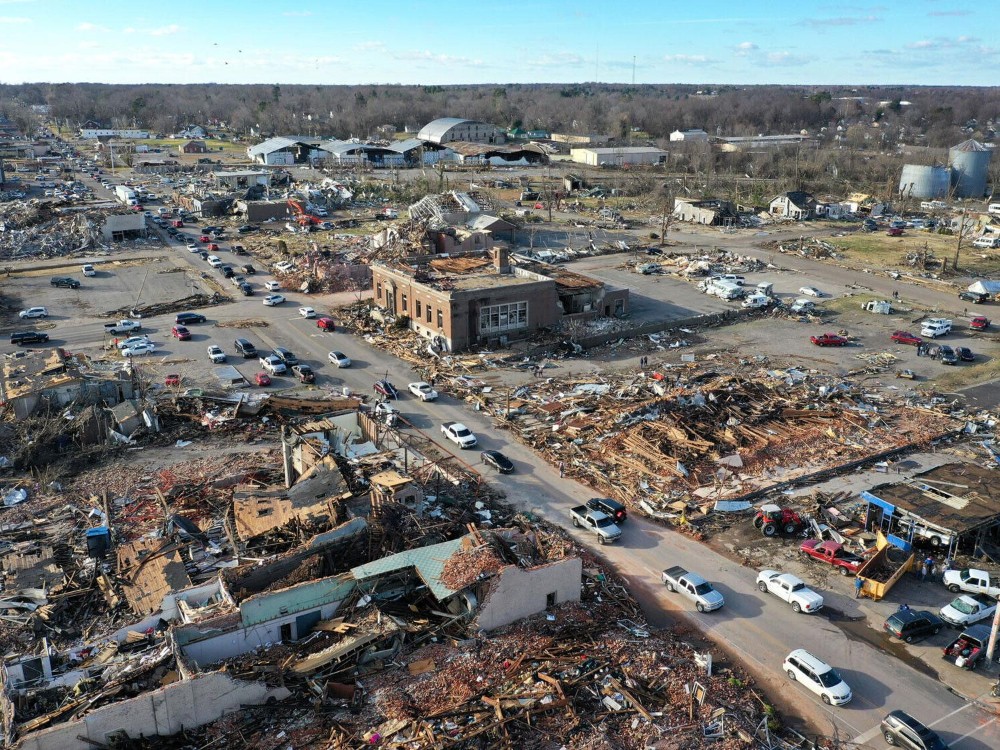 Eight people died at the candle factory and eight others are unaccounted for as of Sunday night, company spokesperson Bob Ferguson told CNN on Sunday.

In addition to Kentucky, deadly destruction was also reported in Illinois, Arkansas, Missouri and Tennessee.

At least six people died at the collapsed Amazon warehouse in the Illinois city of Edwardsville, Fire Chief James Whiteford said. The recovery phase is expected to take three more days and first responders will continue to search the site for evidence of life, he said. 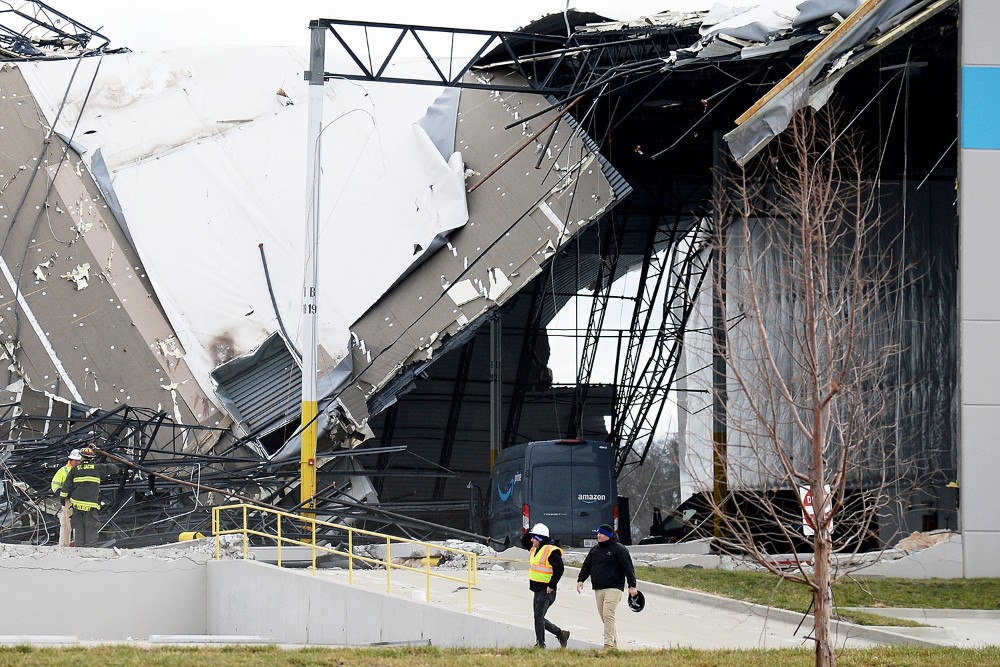