UK Pins the Blame on France over Border Chaos 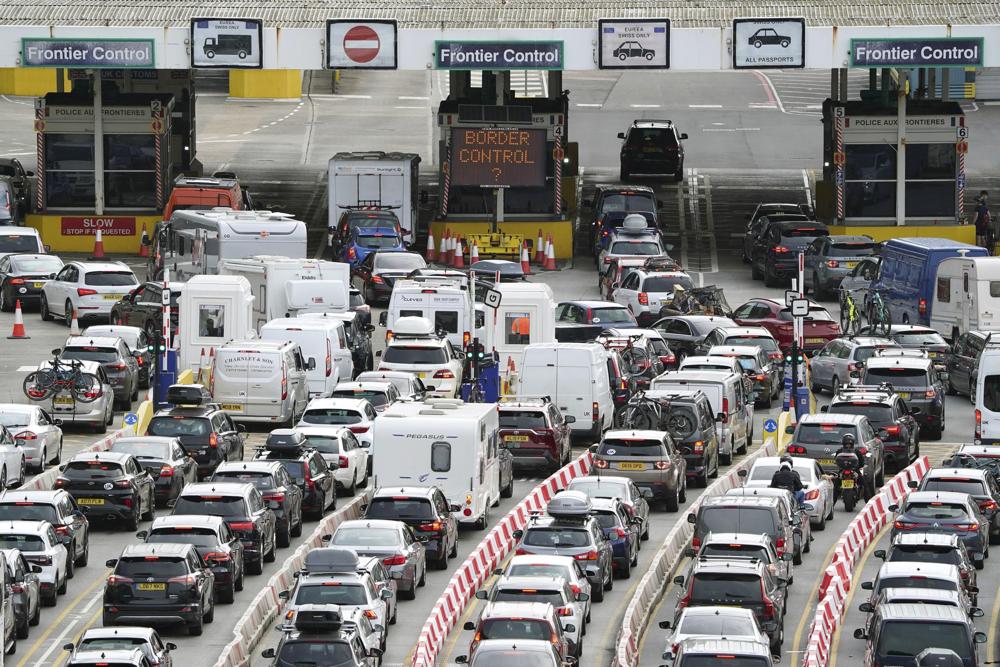 (AP) - Truck drivers and Britons heading off on holiday by ferry faced hours-long waits at the port of Dover on Friday, with authorities blaming French officials for the chaos — a claim France denied.

Dover authorities said a lack of French border officials was leading to waits of up to six hours for border checks at the English Channel port, with queues of tourist and freight traffic snarling roads for miles (kilometers).

Millions of people in Britain are trying to begin vacations this weekend — the start of the summer school holidays — and face disruptions by road, sea, rail and air.

U.K. port authorities said that, despite months of work between the two nations to prepare for peak travel season, the number of French border police “has been insufficient and has fallen far short of what is required to ensure a smooth first weekend of the peak summer getaway period.”

Since Britain left the European Union in 2020, U.K. travelers face stricter border checks when traveling to the continent. At Dover they are performed on the English side of the channel by French staff.

British Foreign Secretary Liz Truss said the situation “should have been entirely avoidable and is unacceptable.”

“We need action from France to build up capacity at the border to limit any further disruption for British tourists and to ensure this appalling situation is avoided in future,” said Truss, who is running to replace Boris Johnson as Conservative Party leader and Britain’s next prime minister. “We will be working with the French authorities to find a solution.”

France denied that its border officials were unprepared. Georges-Francois Leclerc, the top official for the Hauts-de-France region, said an unforeseen “technical incident” in the Channel Tunnel prevented some Dover border booths from being staffed as planned Friday morning but insisted the problem was resolved after about 75 minutes.

By Friday afternoon, port authorities said more French staff had arrived “and traffic is slowly beginning to move, but it will take some time to clear the backlog.”

The French Embassy in London said on Twitter that “French border checks in Dover are operating in full capacity,” and French and British officials were “cooperating closely” to get people moving.

Turkish truck driver Muhammet Turker said he began queuing in his rig at Dover on Thursday evening and was still waiting 16 hours later.