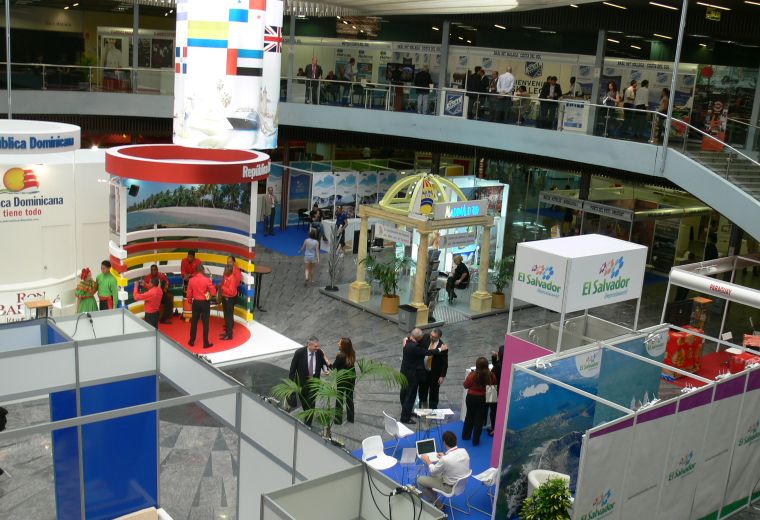 Inaugurated on Wednesday at Torremolinos Congress Palace (Andalusia), this edition includes the World Travel Organization’s 3rd International Conference on Tourism Deseasonality. El Salvador is the Star Country and Algeria is the Guest Country. The show will be attended by delegations from 36 countries with 161 companies related to travel services, inbound agencies, tour operators, tourism destinations and institutions from Europe, Africa, America, Asia and the Middle East. The show is described as a benchmark in the Mediterranean arch for international markets.

This year’s edition includes, besides its triple function as promotional fair, international business meeting and professional debate forum, the World Travel Organization’s 3rd International Conference on Tourism Deseasonality, which is going to assess the effects and causes of seasonality as a common issue for tourism destinations around the globe, in an effort to put strategic proposals on the table and revert this situation.

161 exhibitors and co-exhibitors and 56 tour operators will be playing the leading role in the agenda of business contacts during 2015 EUROAL business round. Back in 2014, this tourism event held in Costa del Sol witnessed 2,027 business meetings, 11 percent higher than 2013, an increase that is also foreseen for this year.

The 10th edition is marked by the efforts of emerging countries so as to position their products in international markets and increase the number of tourist arrivals, especially from the European market. Two countries: El Salvador, ‘Star Country’, and Algeria, ‘Guest Country’, will be the focus of attention during the 10th International Travel Show ‘2015 EUROAL’, and India and Mali are going to introduce their destinations to the tour operators and travel agents participating in the fair.

The acting mayor of the host municipality, Pedro Fernandez Montes; accompanied by the State Secretary of Tourism, Isabel Maria Borrego; El Salvador’s Minister of Tourism, Jose Napoleon Duarte; Andalusia’s Deputy Minister of Tourism, Antonia Moro; the President of the Association of Municipalities from Western Costa del Sol, Margarita del Cid, and the President of the Confederation of Entrepreneurs from Andalusia and Malaga, Javier Gonzalez de Lara, as well as other public and international representatives, are going to cut the ribbon on Wednesday at 10.30 hours.

The schedule of activities includes round tables and presentations on topics related to the travel industry, such as the online reputation management of hotels, wine and popular literature, tourism innovation, design of advertising tourism products, neuro-marketing and visual communication as a tool to foster destinations. El Salvador, la India, Algeria, Mayaguez (Puerto Rico) and Malaga are going to participate in the last aspect.