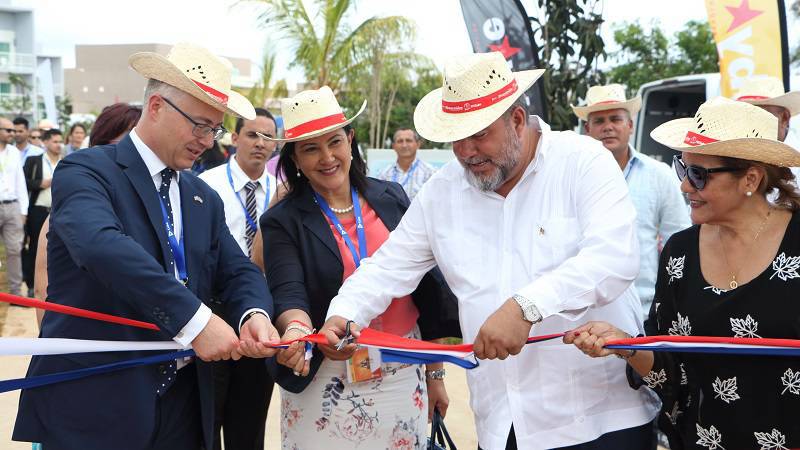 This time around, the island nation’s top travel and tourism fair zeroes in on sun and beaches, featuring the UK as the guest country of honor.

Minister Marrero highlighted that as many as 80 top executives from major tour operators, airlines, hoteliers and travel agencies are in attendance in this year’s fair.

“Cayo Santa Maria boasts over 10,545 guestrooms in 35 hotels, each and every one of them equipped with the best services, and that’s a signature condition not only of the keys, but also of all destinations across Cuba,” Mr. Marrero said during a keynote presentation that opened FitCuba 2018.

“The election of the United Kingdom as the fairs’ guest country was based on its tremendous significance as an outbound market for Cuba. From 2014 to 2017, a grand total of 205,700 British tourists had visited Cuba, a figure that makes the UK Cuba’s sixth-largest outbound market and fourth out of Europe,” Mr. Marrero went on to explain during his presentation.

The cruise niche is by far the fastest-growing sector for Cuba. Right now, the island nation has signed contracts with 17 companies that are sending 25 liners. In the meantime, more contracts are in the works and new cruise companies will start operating destination Cuba in the course of the ongoing year.

Despite the recently-tightened U.S. embargo on Cuba, nearly 620,000 Americans visited Cuba in 2017 by the hand of the dozen categories approved by the U.S. State Department. Interest among U.S. travelers in Cuba has peaked 95 percent, while the level of recommendation in hovering around 97 percent.