FitCuba 2018: Cuba and the UK Share a Common Goal 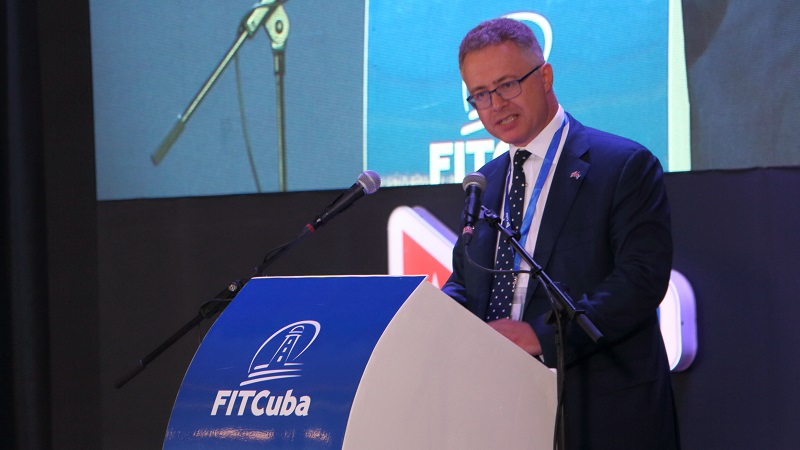 Nigel Baker, head of the Latin American Division at the British Ministry of Foreign Affairs and the Commonwealth, took the floor Tuesday during the grand opening of the International Tourism Fair FitCuba 2018 to speak about how important the island nation is for his fellow British travelers.

The top-ranking British officer highlighted the recovery of Villa Clara, especially Santa Maria Key, following the disastrous aftermath of hurricane Irma in September 2017, as well as the hard work of the local authorities.

“A total of 5,000 British citizens were in Cuba when Irma was approaching Cuba; 3,000 were on the island when Irma struck. Over 300 emails and calls were made to the UK and there were zero fatalities as a result of that. That speaks volumes of the safety this country gives to tourists from around the world,” said Mr. Baker during his speech. “No wonder Cuba won the award as one of the world’s safest travel destinations handed out by the Excelencias Group during FITUR Spain earlier this year,” he went on to say.

As part of the recovery effort, the UK doled out 2.3 million Cuban convertible pesos worth of donations, especially to the Red Cross, plus $300,000 that went straight to Cuba’s public healthcare system.

“Our countries are also reaping benefits from cultural exchanges and business opportunities, let alone from cooperation and support in many other fronts. We share values, such as genre equality and children’s rights, and we share the need to have the U.S. embargo on Cuba lifted once and for all, an embargo that’s been in place for over half a century,” Mr. Baker concluded.