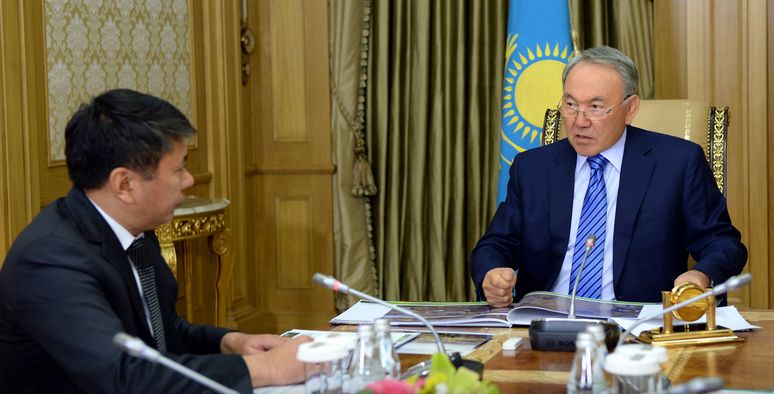 Astana EXPO 2017 National Company and UNWTO will work together to promote sustainable tourism at the international exhibition which will be held in Astana in 2017 under the theme ‘Future Energy’.

The partnership was signed on 13 June at UNWTO Headquarters in Madrid by UNWTO Secretary-General, Taleb Rifai and Akhmetzhan Yessimov, Chairman of Board for Astana EXPO 2017 National Company.

Besides supporting the international visibility of the Fair which will take place in Astana next year, the Memorandum of Understanding undersigned between both parties includes the dissemination of the International Year of Sustainable Tourism for Development 2017 and the promotion of energy efficiency in tourism and of the UNWTO Silk Road initiative.

“This is an excellent opportunity to highlight the role that the tourism sector has in advancing a greener future,” said UNWTO Secretary-General in the signature of the agreement.

“Kazakhstan is rich in energy resources but we need to look into the future and protect our environment, and the future is renewable energies”, said Mr. Yessimov.

Specific areas of cooperation in the MoU include the promotion of the Hotel Energy Solution initiative among hotels in Kazakhstan and the organization of a Conference on Tourism and Future Energy in June 2017.

In addition, a Train the Trainers initiative will be conducted during the Astana Expo to enhance the capacities of tour operators based along the Silk Road.