UNWTO Saddened by Hurricane Matthew’s Aftermath in the Caribbean 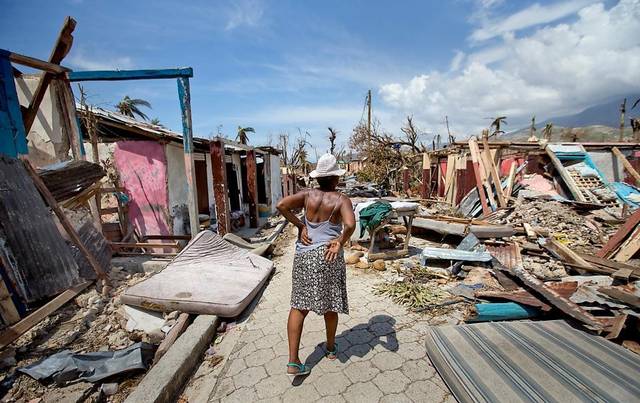 UNWTO is deeply saddened by the tragic effects brought by hurricane Matthew to a number of destinations in the Caribbean.

“On behalf of the international tourism community, UNWTO conveys in particular its heartfelt condolences to the families and friends of the victims in Haiti, The Bahamas and Saint Vincent and the Grenadines, where Hurricane Mathew, described as the most powerful storm to hit the Caribbean in a decade, has taken the lives of so many innocent people” said UNWTO Secretary-General, Taleb Rifai.

Other countries in the Caribbean - Cuba, Dominica, Jamaica and Saint Lucia - have also been impacted by the storm suffering some level damage.

“UNWTO will work alongside the affected countries in all the necessary measures to support them and trust that as in previous occasion the people of these countries will show their resilience as life gets back to normal and they open for business” added Mr Rifai.

The Minister of Tourism of Jamaica, and Chairman of the Board of the UNWTO Affiliate Members, Edmund Bartlett, has manifested also his solidarity with the affected neighboring countries and offered his support.