Italy Heading into a New Lockdown? That Shouldn’t Happen 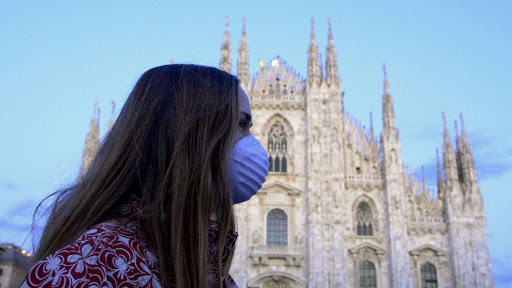 The new anti-Covid DPCM (President of Minister Council Decree) has been released. It blocks congresses and conferences “live” while, almost simultaneously, the 2021 economic maneuver has been elaborated by the current government.

As a matter of fact, it extends until next June 30 the use of the Holiday Bonus, a very protested issue concerning some help to the families that has been coldly welcome from the market.

The latter measure, in fact, ignores totally the requirements presented by all the travel associations (travel agencies and tour operators) claiming the redistribution of the resources used for the "holiday tax credit" to the travel industry, to support it, with those 2 billion euros.

The establishment is absolutely deaf to the travel industry demands.

The world of events suffered an “half step back”: from now until november 13, congresses and conferences can only take place “virtually”, while, as fist discrepancy, national and international fairs may be held “in presence”. The new decree signed by Premier Giuseppe Conte, intends to stem the current wave of infections squeezing the freedom to stage events and places a he question mark on conventions and events on board cruise ships, which in any case, due to their very rigid protocols, Could guarantee the correct execution of the same, in full compliance with anti Covid regulations.

A big surprise then, for the main players of the MICE market, that could really collapse. The MICE sector generates almost 65 billions euros per year with a direct impact on GDP of 36,2 billion per year, with almost 570k employees.

In the words of Maria Carmela Colaiacovo, vice president of the Italian Association of hotels by Confindustria, “we are absolutely astonished, the total stop, regardless of the number of participants and compliance with the protocols, does not appear justified by the type of activities. We are not talking of parties or nightlife, but speaking about organized and controlled events, attended exclusively by adult individuals engaged in business activities. Our opinion demands a second thought about that decision, in the context of these months of tiring coexistence with the virus, a discipline that could allow us to keep alive these activities, which are so important for the economy of the hotel sector, but also for the operation of business itself”.

In the decree, there is new bad news for travelling and new limits for bars and restaurants, along with gyms and swimming pools under scrutiny until the end of the week, before any further decision.

It has been set a full stop to amateur team sports (not all of them though), postponed admissions and afternoon shifts for high school students and it is contemplated also the possibility of a real curfew for the locals, giving the Mayors the power to close streets, squares or districts where gatherings could be considered dangerous.

The budget maneuver is not bringing big, good or really helping news, indeed. It has been called a period of “blood and tears” for the economy, and it is not deceiving the expectations!

Among the measures some further weeks of Covid Cig (redundancy fund) have been financed, with the same mechanism that provides for free cash for those who have recorded losses beyond a set threshold.

The extension until december 31, 2020 of the suspension of the notification activities of new payment notices, of the previously sent folders and of the other acts of the Collection Agent has been arranged. But the real fear is when the current government will raise the “block of layoffs”. Then the real social problem will start.