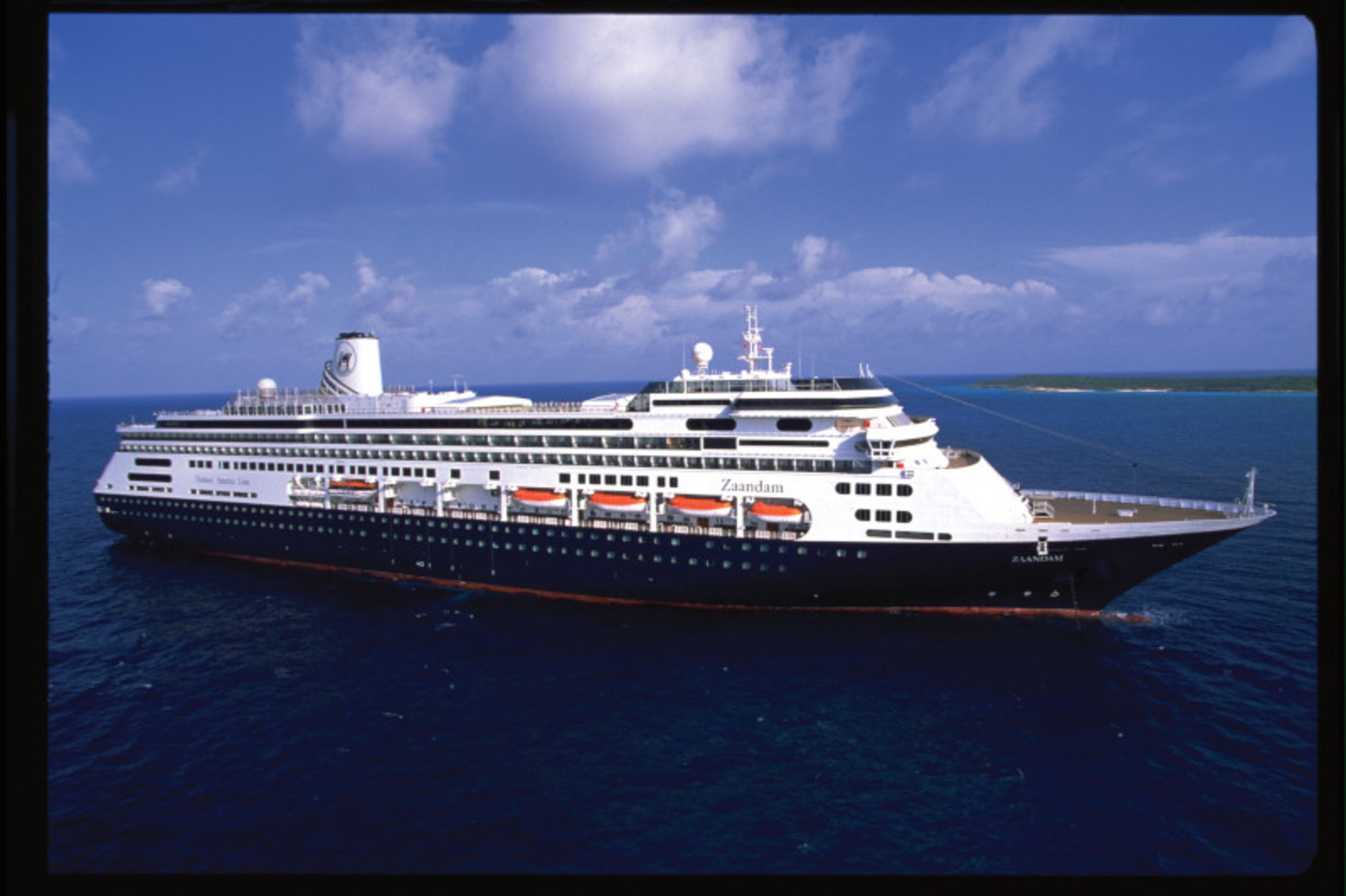 Holland America Line's Zaandam returned to service Thursday, May 12, 2022, at Port Everglades in Fort Lauderdale, Florida, leaving just one more ship until the cruise line's full fleet is operational again. Zaandam embarked guests for a nine-day Atlantic Coast cruise to Montreal, Canada, that will position it in Canada/New England through October. Not only is this a return to service for Zaandam, but it also marks a return to cruising in the Canada/New England region after a two-year absence due to the COVID-19 pandemic.

To commemorate the occasion, Holland America Line held a ribbon-cutting ceremony in the terminal to open embarkation, attended by the ship's captain and senior officers, with flag-waving fanfare from team members lined up to greet guests as they boarded the ship.

"With Zaandam's reentry into service, we are thrilled to not only have nearly our full fleet back, but also to return Canada and New England after two years away from this beautiful cruising destination," said Gus Antorcha, president of Holland America Line. "Zaandam has some special cruises coming up, and we're glad to have her back in service with an amazing team ready to give our guests an exceptional cruise experience."

Following the repositioning cruise along the east coast of North America, Zaandam will spend the summer and early fall offering Canada and New England cruises between Boston, Massachusetts, and Montreal.

On July 9, Zaandam sets sail on the popular 35-day Voyage of the Vikings itinerary roundtrip from Boston that retraces the routes of past explorers with ports in Canada, Greenland, Iceland, Ireland, Norway and the Netherlands. Following fall foliage cruises between Boston and Montreal, Zaandam embarks guests Oct. 10 for the 71-day Grand Africa Voyage that sails roundtrip from Fort Lauderdale and includes 25 ports of call, four overnights and countless safari opportunities to throughout the African continent.

After the Grand Africa Voyage, Zaandam will spend the holidays in the Caribbean and then offer a series of Panama Canal transits between San Diego, California, and Fort Lauderdale, with two Mexico options roundtrip from San Diego in March. The ship will return to Canada/New England next spring.

Since Holland America Line restarted cruising in July 2021, Eurodam, Koningsdam, Nieuw Amsterdam, Nieuw Statendam, Noordam, Oosterdam, Rotterdam and Zuiderdam have returned to service with cruises in Alaska, the Caribbean, Europe, Mexico, California Coast and South Pacific. Volendam currently is under charter by the government of the Netherlands, positioned alongside in Rotterdam accommodating Ukrainian families.