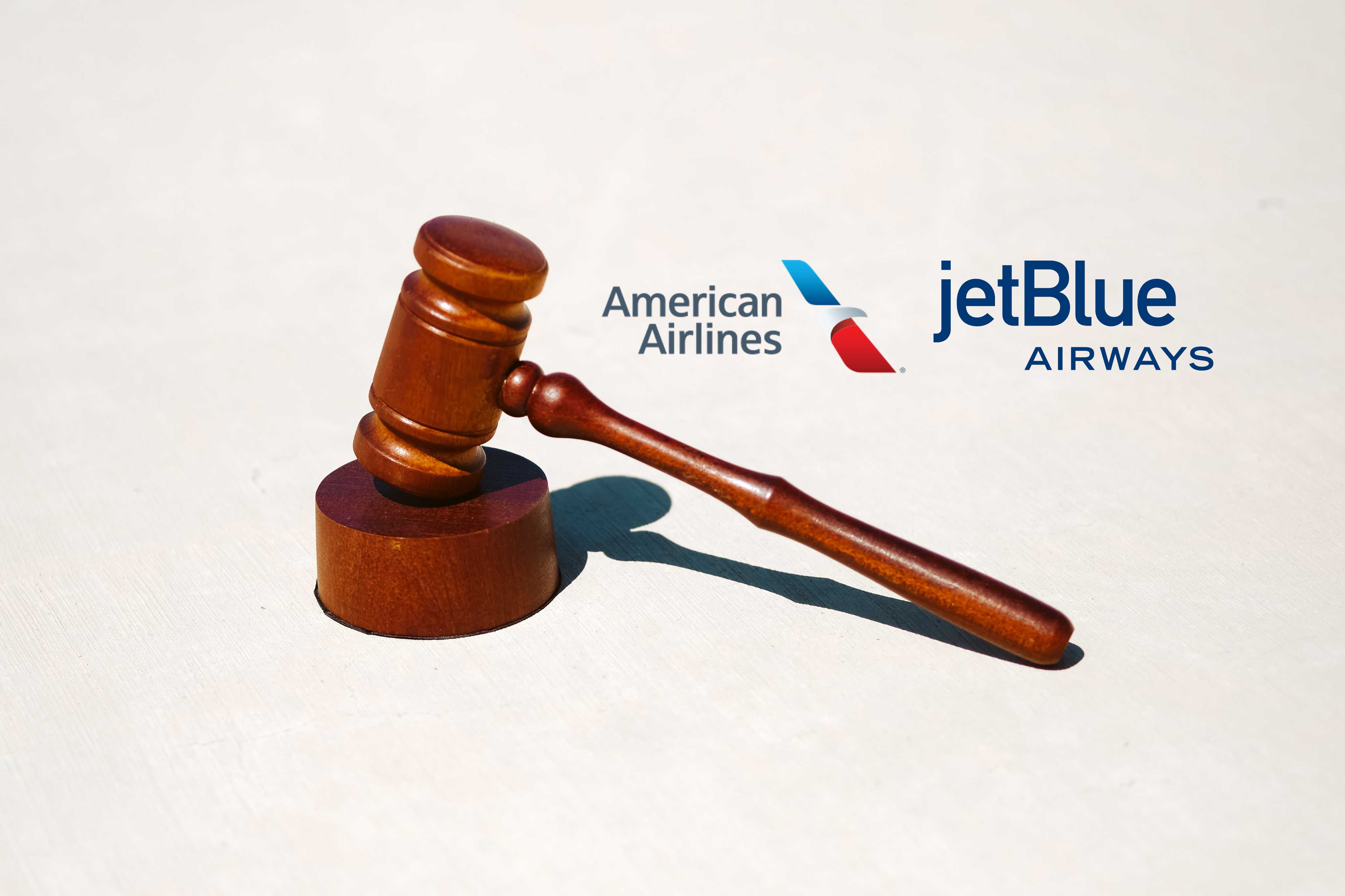 (Reuters) - A U.S. judge on Thursday said that the U.S. Justice Department's antitrust lawsuit against American Airlines Group Inc (AAL.O) and JetBlue Airways Corp (JBLU.O) would go forward. A trial in the case has been set for Sept. 26. read more

In its lawsuit filed in September in Boston, the government asked Judge Leo Sorokin to order the airlines to end their "Northeast Alliance" partnership, saying it would lead to higher fares in busy Northeastern airports. read more

The agreement allows American and JetBlue to sell each other's flights in their New York-area and Boston networks and link frequent flyer programs, giving them more muscle to compete with United Airlines (UAL.O) and Delta Air Lines (DAL.N) in the Northeast.

The alliance was announced in July 2020 and approved by the U.S. Transportation Department shortly before the end of the Trump administration. American and JetBlue denied wrongdoing and asked Sorokin to dismiss the lawsuit.

JetBlue said that it believed the Northeast Alliance delivered significant benefits to consumers. "We are confident the court will rule in our favor after we present the facts this September," the company said in a statement.

American said it looks "forward to the opportunity to demonstrate the significant consumer benefits and increased competition enabled by the Northeast Alliance.”

The lawsuit was considered a signal that the Biden administration was determined to inject more competition into the airline industry, where American and three other airlines control 80% of the domestic market.