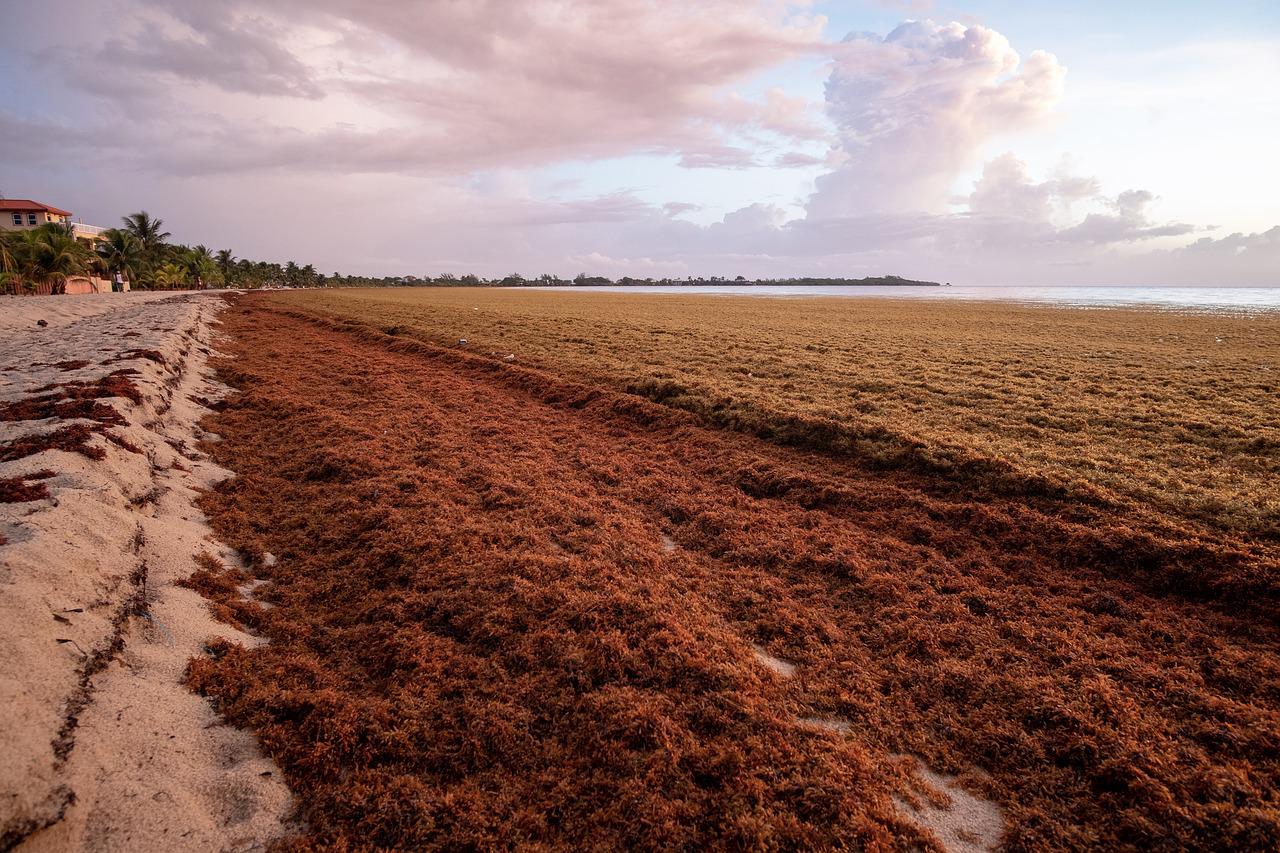 (AP) — Scraping the smelly sargassum seaweed off some beaches on Mexico’s resort-studded Caribbean coast has become not only a nightmare, but possibly a health threat, for the workers doing it — with the quantities washing ashore this year seemingly mountains not mounds.

Decomposing sargassum, which is actually algae, generates hydrogen sulfide gas. In small amounts in open areas, it’s not much more than an annoying odor: sulfurous, like rotting eggs.

But in the quantities seen in once-paradisiacal beach towns like Playa del Carmen, Tulum, and Xcalak, scientists say it can be dangerous to workers with respiratory problems as they rake up the seaweed maskless in the scorching heat. This year appears on track to be worse than even the peak sargassum year of 2018.

Ezequiel Martínez Lara is one of thousands of laborers who work six to eight hours per day heaving mounds of sargassum into wheelbarrows with pitchforks and then wheeling them off the beach to a growing pile on a neighboring street.

Martínez Lara used to earn as much as $50 per day guiding sports fishermen on catch-and-release outings, but now makes less than half that for collecting around 40 wheelbarrows of sargassum every day.

It is a Sisyphean task at a beach north of Tulum, where huge mats of seaweed float just offshore.

“If we clean it all off today, tomorrow more will have washed in,” said another worker, Austin Valle.

But workers like Martínez and Valle are exposing themselves to more than just the burning sun, says Rosa Rodríguez Martínez, a biologist in the beachside town of Puerto Morelos who studies reefs and coastal ecosystems for Mexico’s National Autonomous University.

“At the university we have started to measure the quantity of gases that sargassum produces when it is scraped up,” Rodríguez Martínez said. “At one spot (in a decomposed pile of seaweed) it reached 56 parts per million. That’s very high. Above two, that can be dangerous for people with respiratory problems.”

“I took off running” from the spot, she said.

Martínez Lara doesn’t have the luxury of avoiding the hydrogen sulfide gas. Like almost every other sargassum worker on the coast, he has no mask, gas sensor or medical care. He works at a day rate for the person who owns the house in front of the beach.

“When sargassum rots, it gives off a very strong odor like acid, and it is very bothersome when you breath it; it hurts a lot,” Martínez Lara said. He said he takes more simple precautions.