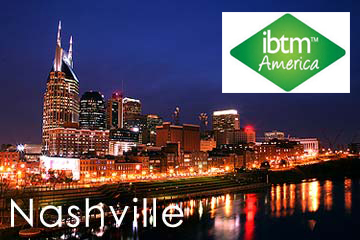 Jaime McAuley, Event Director, ibtm america commented, “Our Hosted Buyer applications will go live early February, but for the first time this year we allowed Hosted Buyers to pre-register for ibtm america, and so far we’ve received applications from over 400 high-caliber buyers. We’ve also had over 100 exhibitors register for the event, which is not surprising considering that post-show feedback from ibtm america 2015 revealed a 95 percent satisfaction rate among exhibitors who felt our event platform worked for them.”

Jaime McAuley, Event Director, ibtm america continued, “100 percent mutual match is a real game-changer for our attendees and definitely a draw for our exhibitors. Allowing exhibitors to request appointments with Hosted Buyers really puts them in the driver’s seat and gives them a real return on investment. The 100 percent mutual match system eliminates non-relevant meetings.”

“In addition to their business appointments, all Hosted Buyers and exhibitors will attend Discovery Day, which will provide the opportunity to experience Nashville, and network with industry peers. We’re working with the Nashville CVC, Visit Music City to put together an exciting program for Discovery Day, more details will be announced in the coming weeks,” said McAuley.