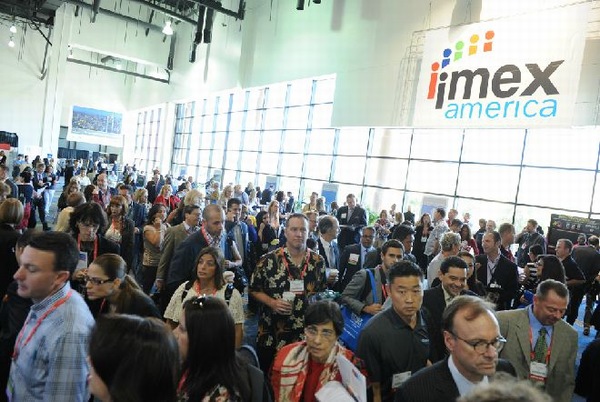 The fourth edition of IMEX America, the largest tradeshow for the international meetings, events and incentive travel industry in the US, will be 13 percent bigger when doors open on Oct 14 at the Sands Expo, Las Vegas.

Both hosted buyer numbers and the number of US and international attendees are also expected to exceed last year’s levels.

On the show floor, the growth is reflected in new exhibitors as well as larger booths from some key global suppliers. USA & Canadian representation has increased by 16.5 percent; Latin America by 6.5 percent; Europe by 3 percent and Asia-Pacific by nearly 8 percent.

In other areas of the show, hotel groups are up by 26 percent; private sector companies by 37.5 percent, technology suppliers by 20 percent and incentive products by 50 percent. 70 new booths also add to the lineup of new global and US exhibitors giving buyers an even broader perspective on the marketplace. 83 of the show’s previous exhibitors have increased the size of their booths and of these over half have expanded their booths by 50 percent.

Looking ahead to the show’s opening day, Ray Bloom, Chairman of the IMEX Group stated: “The fourth IMEX America is set to offer increased business opportunities for the US and global meetings and events industry. Aside from the confirmed growth in exhibitor numbers and the expanded show floor, we are set to bring in even more hosted buyers and more attendees next week. Anticipation is high and we’re looking forward to a packed show with its usual strong focus on business appointments, networking and, of course, high quality education.”

There will be a number of different ways to stay up to date with IMEX America during the show. IMEXlive, sponsored by Hilton Worldwide and The Events Network on Bob.tv, will provide rolling video interviews and social media coverage (#IMEX14) on the IMEX America homepage and via the show app.

IMEX America TV Live will broadcast daily from the show floor at 12 noon Eastern Time (produced by Sonic Foundry, PRG and CNTV). Daily TV headlines will also be broadcast on the IMEX YouTube channel and in the hotel rooms of the host hotels, The Venetian | The Palazzo, on channel 3.

Visitors who haven’t registered in advance can still register in-person and onsite for no charge. 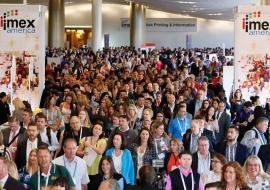 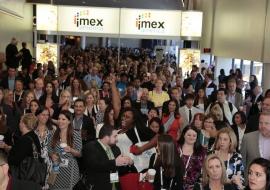 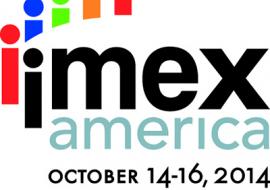