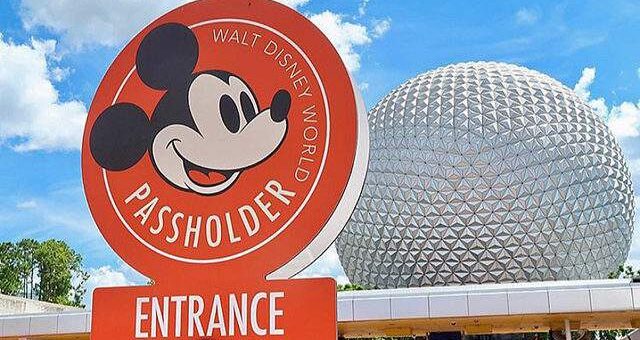 (AP) - When Walt Disney World reopens its Florida theme parks next month after shutting down during the coronavirus pandemic, they’ll be introducing a new reservation system.

The company announced Friday that the new Disney Park Pass System will operate through disneyworld.com on either a desktop or mobile device, and registration through a My Disney Experience account will be required. Visitors must have a valid park ticket or an annual pass to get reservations.

The system is not yet available, but will be rolled out before the parks reopen starting July 11. Disney, and Orlando’s other theme parks, closed in mid-March to help curb the spread the coronavirus. Universal Orlando and SeaWorld reopened earlier this month.

The Disney Park Pass System, which is not yet available, will operate through disneyworld.com (desktop or mobile), and registration via a My Disney Experience account will be required. Visitors must have a valid park ticket or an annual pass to secure reservations.

Anyone who holds a multiday ticket must make reservations. Eventually, everything will be linked in the system, with a calendar of available dates for each Disney World park. Officials said tickets between family members and friends will be able to be linked.

Visitors to the park will be able to view their reservations on the My Disney Experience app.

Anyone who has paid for park-hopping ability will receive reimbursement and cancellation options, Disney officials said. Officials said sales of 2020 tickets will resume later this year, the post said.

Disney also announced it will be offering new technological offerings, which include tweaks to the MagicBands.

The parks are preparing to reopen by mid-July, with Magic Kingdom and Animal Kingdom opening on July 11. That will be followed by Epcot and Hollywood Studios on July 15.

Cayman Islands to Remain Closed Till the End of October
Disney World to Slash Hours in the Face of Smaller Crowds
Covid-Related Travel Restrictions Wreak Havoc with Africa Tourism
Nevis Gets Set for Reopening with New Health Protocols
Andorra, Belgium and the Bahamas Added to UK Quarantine List
US State Department: Think Twice before Traveling to the Caribbean
Canadians Get Set to Start Traveling to Cuba
U.S. Lifts Global Health Covid-19 Travel Advisory