ForwardKeys: The Top Travel Trends of 2021 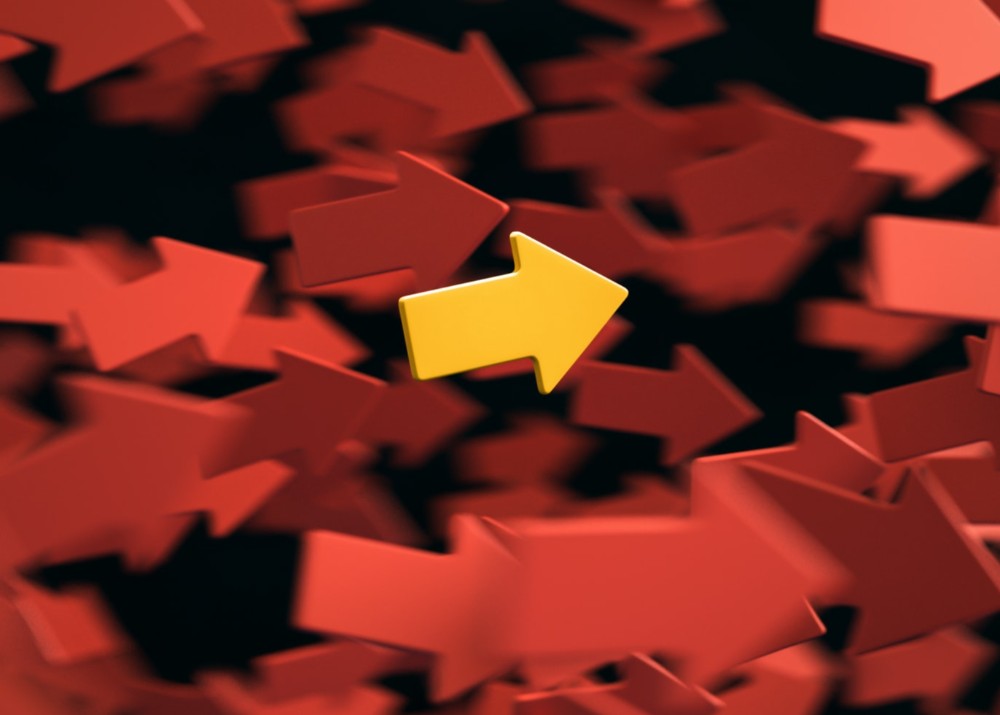 A new report from ForwardKeys, which has the freshest and most comprehensive air ticketing data available, reveals the top travel trends of 2021, which, unsurprisingly, are all driven by the COVID-19 pandemic.

US Leisure travel has led the recovery

A comparison of the world’s top destination cities, before the pandemic in 2019, and throughout 2021, illustrates the strong trend towards leisure travel leading the recovery. Several major cities have been pushed down or out of the top 20 rankings, whereas major leisure destinations, particularly for US holidaymakers, have climbed high. 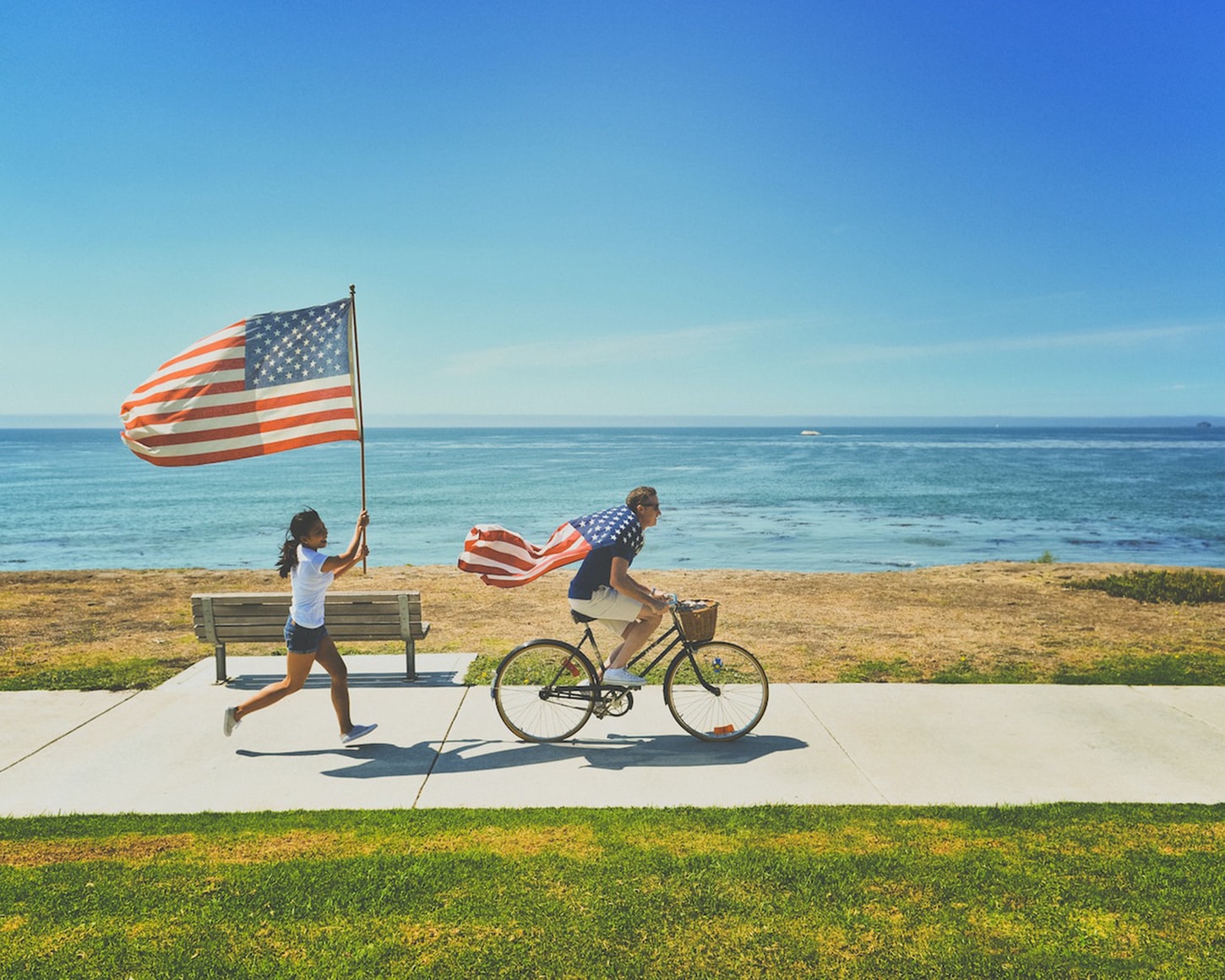 While Dubai remains at the top of the list (it is a major leisure destination as well as a substantial travel and commerce hub), the most notable rises include, Miami, from 18th to 5th, Madrid from 16th to 10th and new into the list, Cancun (Mexico) at 2nd, Cairo (Egypt) at 9th,  Punta Cana (Dominical Republic) at 12th, San Juan (Puerto Rico) at 13th, Lisbon at 14th, Athens at 15th, Mexico City at 16th, Palma Mallorca at 17th, and Frankfurt at 20th.

Paralysis of Asia Pacific continued while Mexico, Central America, the Caribbean and much of Africa have proven most resilient

A review of worldwide travel in 2021, broken down by region, reveals the extent to which international travel was paralysed. Overall, international air travel was just over a quarter (26%) of its pre-pandemic level. The Asia Pacific region reached just 8%; whereas Europe achieved 30%, Africa & the Middle East 36% and the Americas 40%. 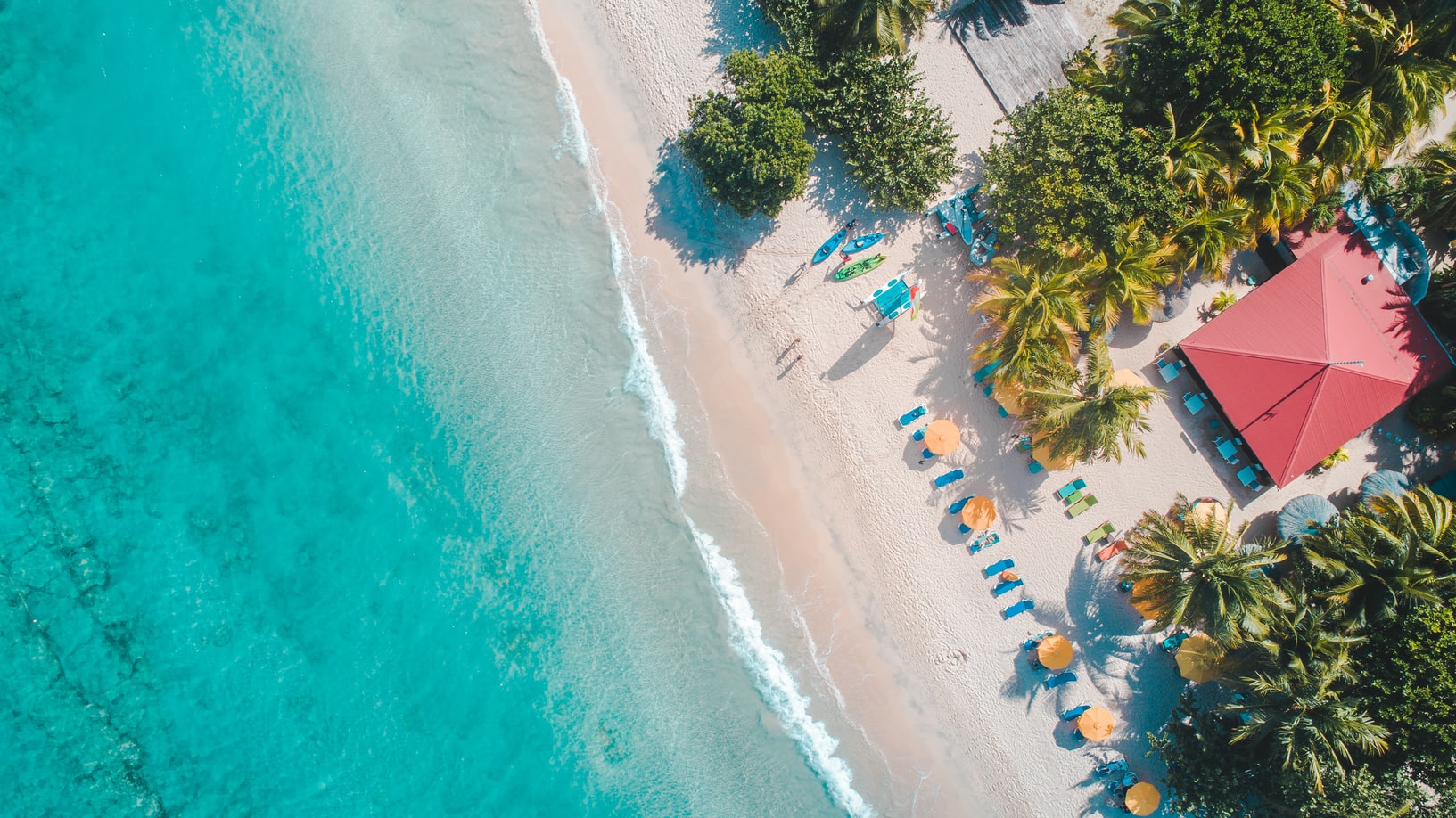 A comparison of travel between the first and second halves of the year (H1 and H2) shows that global international travel more than doubled from 16% of pre-pandemic levels to 36%. However, the recovery was extremely uneven. In the Asia Pacific region, flight arrivals grew from 5% of their 2019 level in H1 to 10% in H2. In Europe, they grew from 14% to 45%; in the Middle East & Africa, they grew from 24% to 48% and in the Americas, from 30% to 52%.

Within the regions, some countries were much more resilient to the impact of COVID-19 on travel than others. The stand-out destinations which best maintained their visitor numbers were Central America, particularly El Salvador and Belize, and the Caribbean – all holiday hotspots for US tourists. Many of them managed to record visitation rates in excess of 60% of 2019 levels throughout the year. The same degree of travel resilience was true of around two dozen countries in Africa. However, their level of resilience is a little less noteworthy because many of them have economies which are much less dependent on tourism.

The Middle East started to revive

Travel to various Middle East destinations also exceeded the 60% benchmark in H2. Most notably, travel to Turkey climbed from 33% in H1 to 67% in H2 of pre-pandemic levels and travel to Egypt grew from 37% to 72%. Dubai held its position as the top city destination; and Doha overtook Dubai as an air transit hub.

Domestic travel has been dominant, particularly in large countries

While many countries have been able to impose severe restrictions on international travel, citing the need to keep their own populations safe, imposing equally stiff constraints on one’s own populations is politically more challenging.

Consequently, there has been a relative rise in domestic travel, particularly in geographically large countries such as Brazil, China, Russia and the USA, where it is possible to fly for a few hours without crossing the border. In China domestic travel volumes returned to pre-pandemic levels as early as September 2020; however, they fell back in January and again in August, owing to a resurgence in cases of COVID-19. In Brazil, Russia, the US and China, domestic travel rose respectively to 148%, 128%, 87% and 76% of pre pandemic levels in the second half of 2021, compared to 50%, 28%, 39% and 1% for international travel. 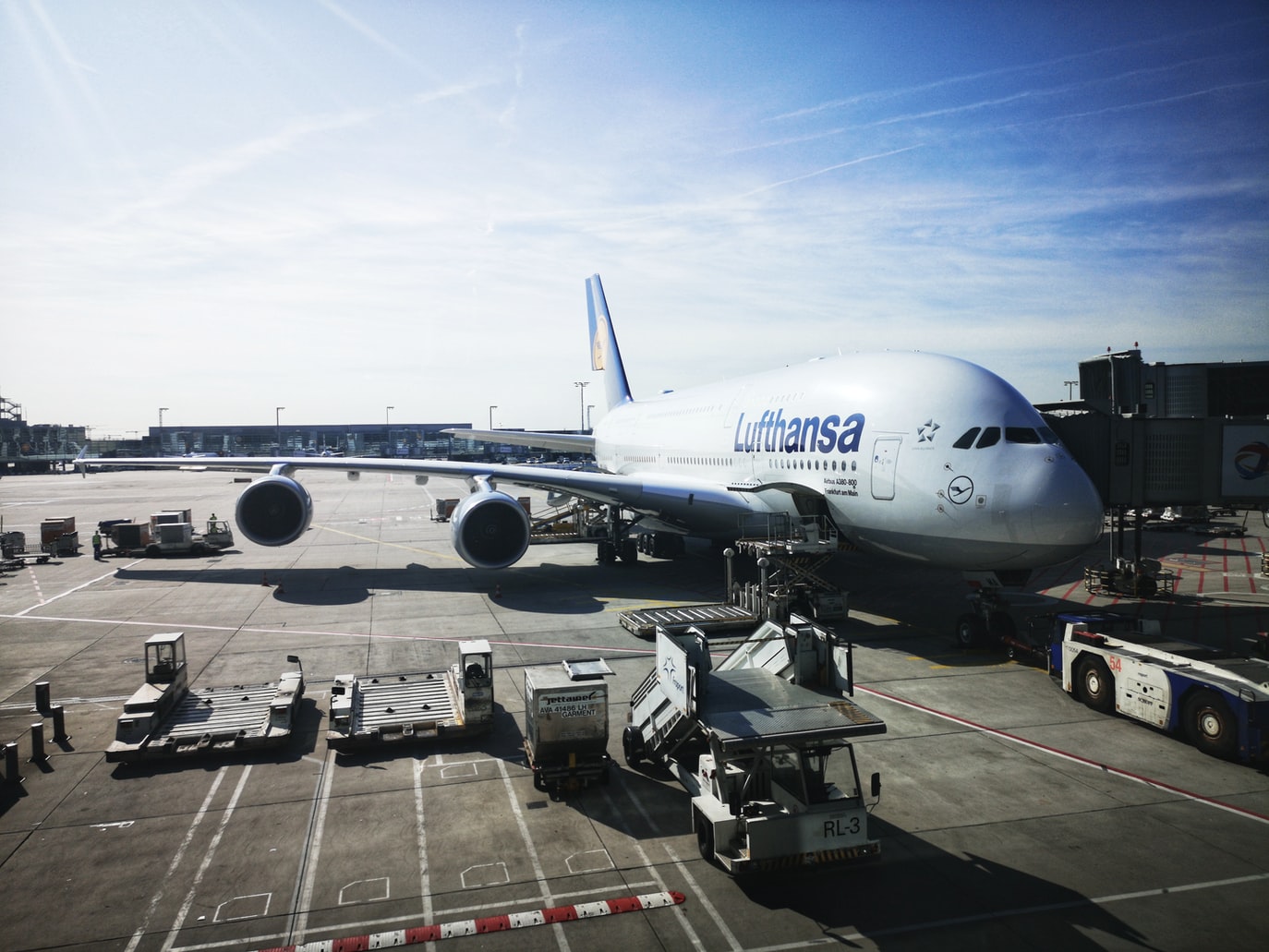 Largely due to the trend towards domestic travel in large countries, airlines in those markets have managed to weather the COVID-19 storm better than carriers whose business has been more oriented towards short haul international travel. This is illustrated by an analysis of the top 20 airlines in 2021 compared to 2019.

The major European carriers have all fallen down or out of the ranking; and they have been replaced by airlines which have substantial business in China and the US, which have been better able to maintain capacity. For example, Ryanair and easyJet, the two largest European carriers, have fallen from 5th and 8th position respectively, to 7th and 16th. Lufthansa, British Airways and Air France, Europe’s largest legacy carriers, have fallen out of the top 20 list, as have Emirates and Air Canada. They have been replaced by Shenzhen, JetBlue, Spirit, Hainan and Xiamen.

There has been a relative decline in long-haul travel

The pattern has also changed, with a greater proportion of people within Europe and the Americas travelling intra-regionally rather than long haul. The trend can be explained by a combination of several factors, including the effective closure of one region of the world, Asia pacific, the increased cost and difficulty of travelling long haul during the pandemic and frequently changing pandemic travel regulations, which disproportionately deter people from booking long-haul travel, as it is typically booked and planned with much longer lead times.

Doha and Amsterdam have advanced in the battle of the hubs

In the battle of the hubs, Doha overtook Dubai to become the preeminent hub airport in the Middle East, connecting air traffic between South Asia, Middle East, North America and Sub-Saharan Africa. In Europe, Amsterdam closed the gap on Frankfurt for intra-European transits and connections with North America. Pre-pandemic, the top ten list of global hub airports was headed by Dubai with 7.7% market share of intercontinental flight connections. 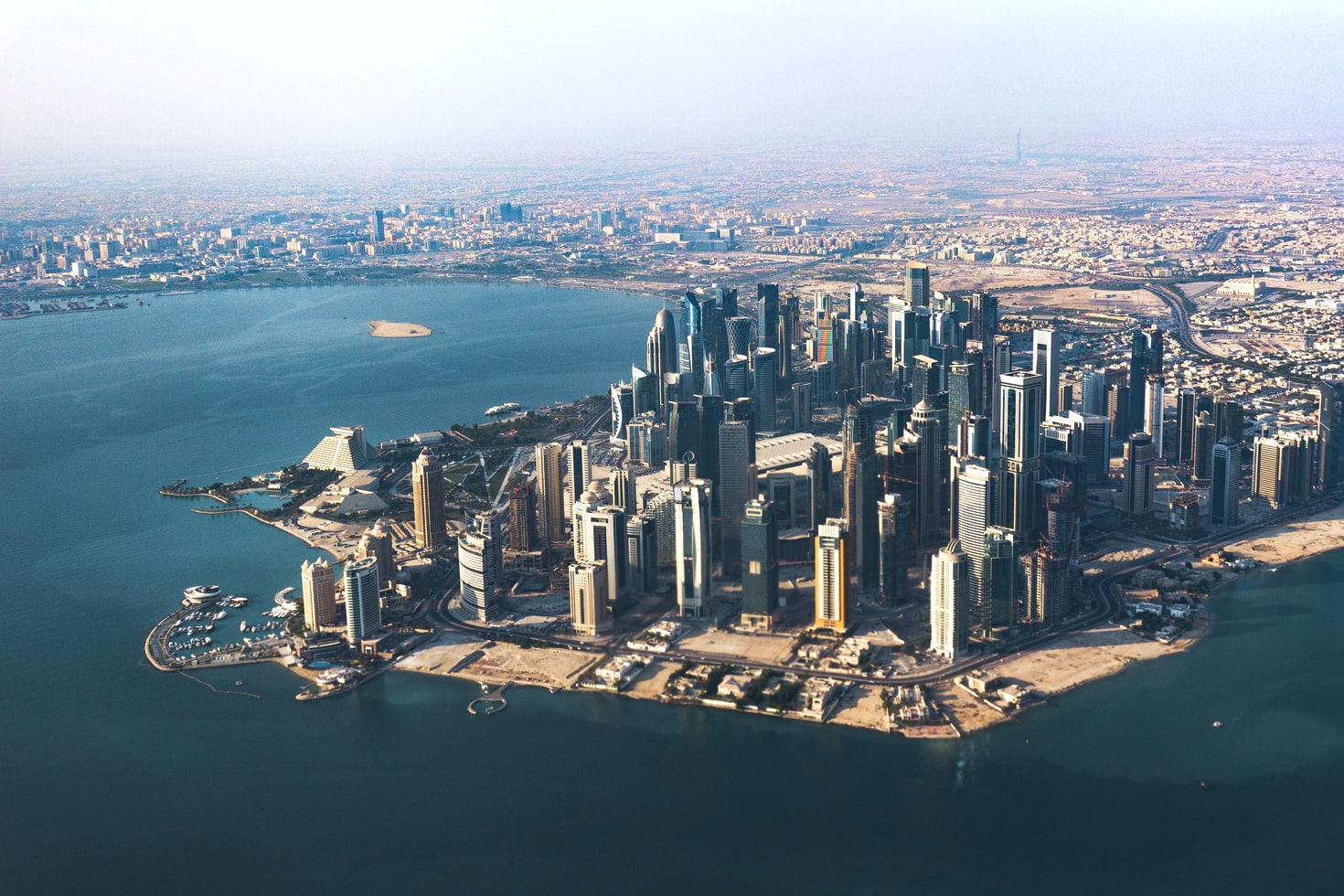 Analysis of monthly traffic in 2021 shows that Amsterdam briefly overtook Frankfurt in September and October; but it fell back in November. In the same month, Dubai recovered its lead over Doha for the first time since February.

A chart plotting the recovery in air travel shows relatively steady growth from the first quarter of 2021, when traffic was less than 20% of 2019 levels to the fourth quarter, when it had climbed to over 50%. However, there were two setbacks, the first began during the week of 12 March, when the growth in weekly bookings turned from +11% to -10%, as the Delta variant began to sweep around the world.

The second began in the last week of October, when weekly bookings reached their highest point, 64% of the same week in 2019. Bookings have been slowing down ever since; and in late November, they were down to 54% of 2019 levels, which was closely correlated with a fresh rise in COVID-19 cases since late October. It is now likely that the emergence of the new Omicron variant, and the travel restrictions introduced in response, will inhibit demand for last minute travel over the Christmas period.