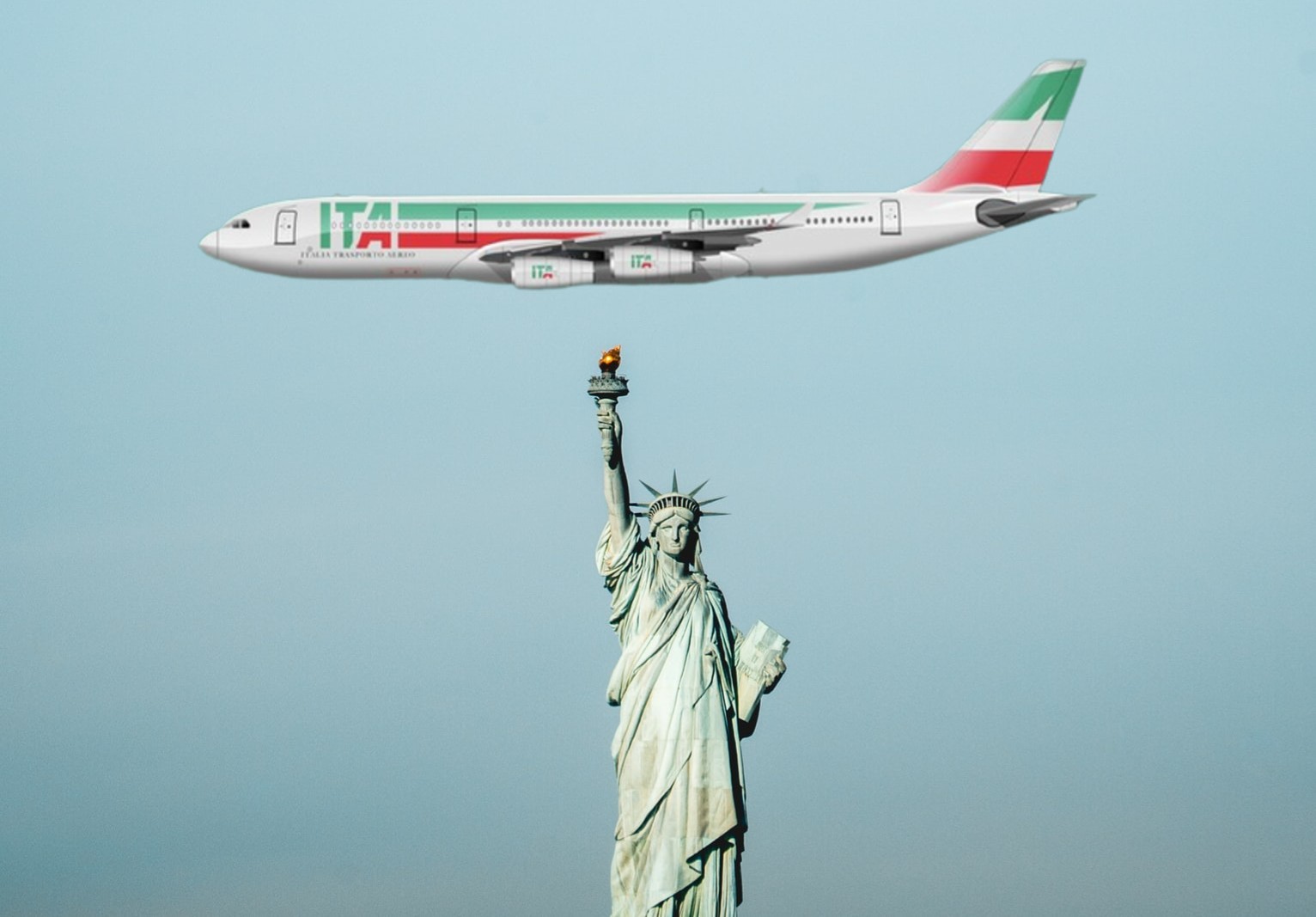 ITA is on the move. While it waits through Oct 15, the day it will switch from Alitalia to the newco, ITA has applied to obtain traffic rights between Milan and New York and Rome to seven different US cities.

The bid to the U.S. Department of Transportation is for 10 routes. Beginning in mid October, ITA is supposed to take over the Milano-Malpensa-New York (JFK) route, as well as the Rome-JFK, Boston-Logan and Miami services.

From March 2022 on, ITA also intends to connect Rome with Washington and Los Angeles, to further add Chicago and San Francisco in 2023.

All those connections have been managed by Alitalia, whose last transatlantic service is scheduled for October 13 to New York (AZ609). It is still to be decided the fate of Delta Air Lines codeshare, its partner in the SkyTeam alliance.

ITA’s aim is to start with seven widebody aircraft services, but right now we only know it has an Airbus A330-200 registered to obtain its COA.

At the moment, ITA serves 45 destinations with 61 routes that will eventually ratchet up to 74 with 89 routes by 2025. The bid to the U.S. Department of Transportation comes at a time when ITA is still in the race to acquire the Alitalia brand.

The new ITA website is overloaded with job applications. To date, there are about 10.000 of them, with barely 10 to 15% coming from previous Alitalia employees.