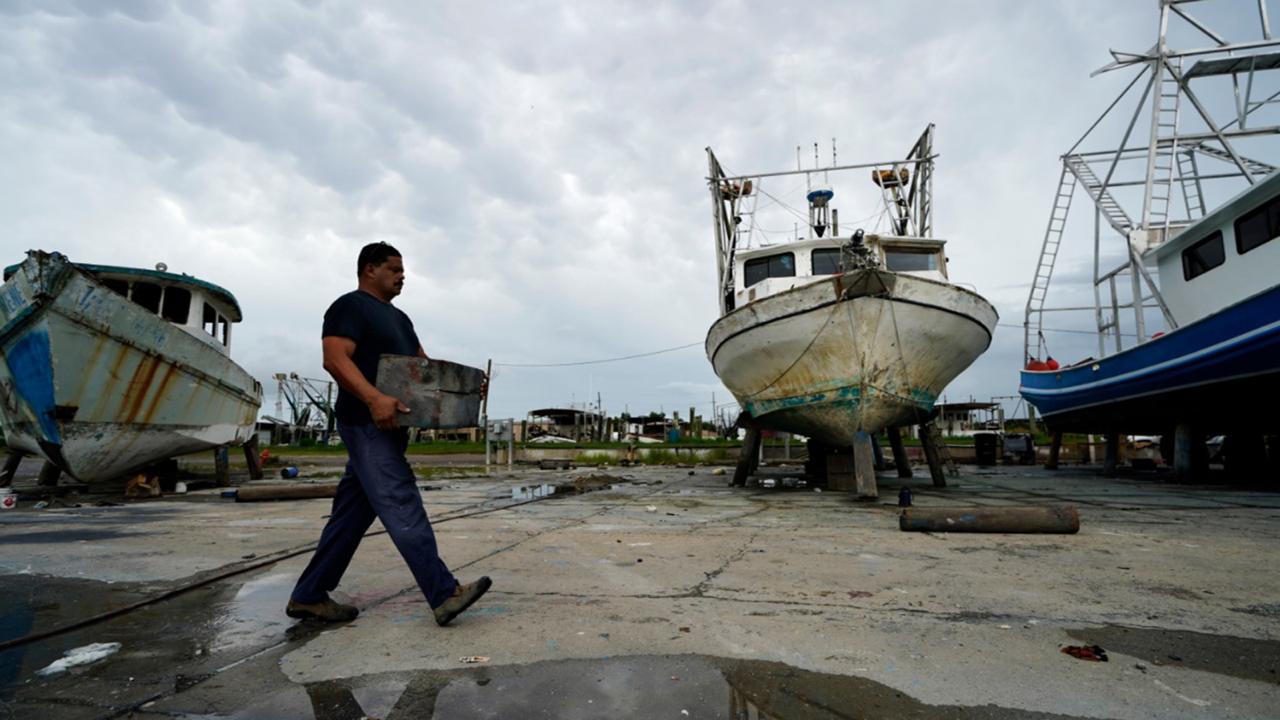 Tropical Storm Laura could strengthen quickly into a major hurricane in the Gulf of Mexico with a dangerous threat of storm surge along parts of the Louisiana and Texas coasts, and threats of flooding rain and strong winds extending well inland later in the week.

Laura will continue to track west-northwest through Tuesday with heavy rainfall and tropical-storm-force winds spreading along its path into Cuba and parts of the Florida Keys.

The National Hurricane Center (NHC) forecast shows Laura's center is expected to track near or over parts of Cuba through Monday night.

But then it's expected to enter the Gulf of Mexico by early Tuesday morning, where intensification is forecast to begin.

It's possible Laura could undergo a brief period of rapid intensification according to the NHC. That means it could have a wind speed increase of at least 35 mph in 24 hours.

Laura is then expected to make landfall somewhere along the Louisiana or Texas coast Wednesday night. Conditions are expected to deteriorate in these areas by Wednesday.

The bottom line is that Laura is likely to bring storm surge, rainfall and wind impacts to parts of Texas and/or Louisiana Gulf Coasts beginning Wednesday. Keep in mind that a hurricane isn't just a point. Impacts will extend far from where the center eventually moves inland.

Laura could also spread rain and wind impacts far inland through parts of the lower Mississippi Valley and Ohio Valley late this week.

The NHC forecast indicates that 4 to 8 inches of rainfall, with maximum amounts of 12 inches, is possible from portions of the west-central U.S. Gulf Coast to the lower Mississippi Valley during the second half of this week, with the potential for flash flooding to extend well inland.

Larger swells generated by Laura could begin to arrive along the northern Gulf Coast as soon as later Tuesday, and will continue to increase and spread west. These will likely be accompanied by dangerous rip currents and coastal flooding, particularly at high tide, which is generally each morning.