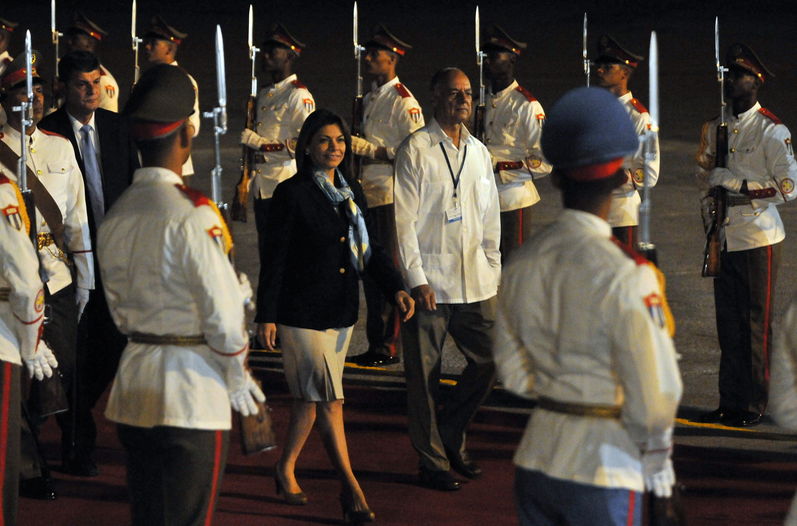 The president of Costa Rica, Laura Chinchilla, is attending the Summit of the Community of Latin American and Caribbean States (CELAC) underway in Cuba, in what is the first official visit by a Costa Rican president to the island.

According to what Chinchilla had said a few days ago, at the meeting with Raul Castro they will discuss the work of CELAC and ensure an orderly transition of the Presidency pro tempore year, which will be delivered by Cuba to Costa Rica during the summit.

However, it is possible that other issues such as development programs for small and medium enterprises, environment, security and counter-narcotics will be discussed.

Political analyst, Claudio Alpizar, said Chinchilla’s visit to Cuba “is valid in a globalized world, open to accept the ideological differences and projects of each nation.”

He also stressed that it is an “important step” in Costa Rica, because Cuba can become a business partner for Costa Rican products, especially food.

Alpizar said that Costa Rica is recognized worldwide for its openness and respect for the other countries, so it’s a natural transition for Cuba to move into international relations.

In 2009, then-President of Costa Rica, Oscar Arias, restored diplomatic ties with Cuba, broken unilaterally by San Jose in 1961 after the victory of the Cuban revolution led by Fidel Castro in 1959.

Chinchilla’s meeting with Castro in Cuba is the second time they’ve met after his first interview took place just a year ago during the CELAC Summit that took place in Santiago, Chile. That was the first meeting between leaders of these countries since the Cuban revolution.