Q & A with José Carlos de Santiago, Steering Committee of the TSTT 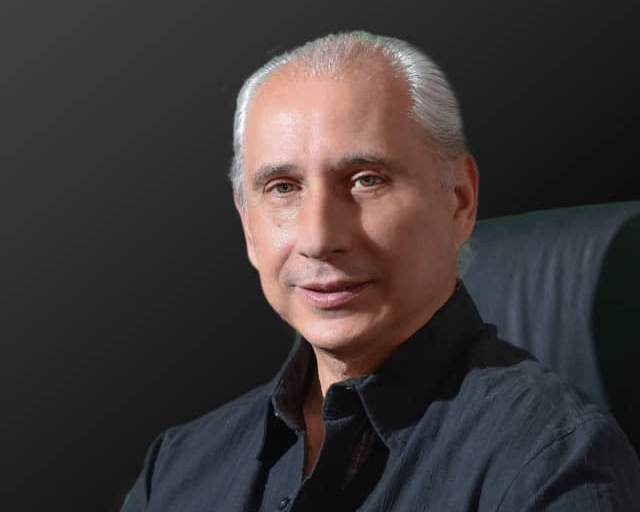 Today we are pleased to interview Mr. José Carlos de Santiago, a colleague in the communication sector and the tourism industry. Mr. de Santiago is president and founder of the Excelencias Group, a company founded in 1997 and dedicated to the communication and dissemination of culture, tourism and gastronomy in the countries of Ibero-America and the Caribbean. Its extensive catalogue is made up of 35 media outlets, including print and digital publications, and a very broad reach and dissemination possibilities, since its information is disseminated in five languages (Spanish, English, Portuguese, Russian and German). He is also Editor-in-Chief of the magazines Excelencias Turísticas, Excelencias Gourmet, Arte por Excelencias, and Excelencias del Motor.

His experience and professional career have made him a reference in the tourism and communication sector in the Latin American region.

Dear Mr. de Santiago, what are the most significant changes in the tourism communication industry in recent years?

The most transcendental change has been the shift from paper as the basic means of communication to the use of digital communication as an almost exclusive tool.

In your experience, what is the current situation of the tourism industry in Latin America and in the world in general?

Currently, domestic tourism is playing a fundamental role. Destinations have been discovered or rediscovered by the inhabitants of the countries, and this has been the salvation of the sector.

Tourism and leisure are becoming increasingly linked, some even believe that the concept of tourism has changed, what do you think?

Over the last two years, the search for a healthier form of tourism has been on. Today there is a great anxiety to travel, however, air fares are the most important limitation to be able to do so.

In your experience, what is new about the Tourism and Society Think Tank for the tourism industry?

An organisation like TSTT brings to the industry players the value of the experience that its members possess, which is based on knowledge put into practice, as well as their generous and selfless character to improve the world.

Why do you think tourism communication is important for tourism destinations in the current situation and where is this relationship heading?

Tourism is the future, necessity and sustainability. Tourism communication is the key to raising awareness, showing, forming and generating opinion.

Do you think that there are tourist destinations that improvise in their communication, and only tend to identify their promotion with their presence on social networks?

I believe that political unions and commitments are an unprofitable investment on many occasions, they are only looking for a photo or a comment to upload on social networks, not valuing the capacity and credibility of the specialised media is a big mistake.

The indiscriminate use of social networks for promotion is also wrong; any advertising or promotion of a destination only through these platforms is not good.

To think that the media can do without advertising is a chimera. Media agencies have created a habit with advertisers - everything is free except their fees. However, every time a media outlet sends a journalist and/or photographer to cover an event, event, or destination, this has significant costs for the media outlet and even more so if it is published. Without advertising and payment this is ruinous for the media.

In your opinion, how should a tourism communication plan be created, either for tourist destinations or for companies in the sector?

They should be complementary. The state and the private sector must work in coordination.

Do you think that, in general, the managers of tourist destinations and the tourism industry have defined objectives, or is it up to you, the media companies, to support their definition?

After a pandemic like the one we have experienced, do you think that the definition of the target public for a tourist destination has become more complicated or restricted?

It has not only evolved, it has become more complicated as the search for new factors has come into play, creating the need to offer experiences that only 2 years ago were considered marginal.

What is the situation of the so-called emotional tourism communication?

It has become a necessity to reinvent itself and generate experiences today, mixing product and feelings is an art in this same line of the post-pandemic world,

Do you consider that the pandemic has introduced changes in the behaviour of tourists and travellers, or after the lifting of travel restrictions has everything remained relatively unchanged?

Yes, there have been changes, cheap sun and beach tourism has remained more or less the same, but the search for fresh air and open spaces has become a necessity, as has local travel and road tourism, and there is now a great anxiety to travel far away and a fear of contagion in another part of the population. Health and hygiene measures have become a priority in many cases.

Tourism, culture, society and gastronomy are closely related. How can media professionals work in a balanced way on all the issues arising from these topics?

In the case of the media of the Excelencias Group and starting from a founding principle, 25 years ago the magazine Excelencias Turísticas was born with the aim of presenting tourist destinations with a principle in its contents, the fusion between sun and beach with gastronomy, the idiosyncrasy of each town and its culture, this fusion helps to live experiences that are close to the needs of the current market, for us it was an objective, today we study how to provide the information that our readers and the market demand.