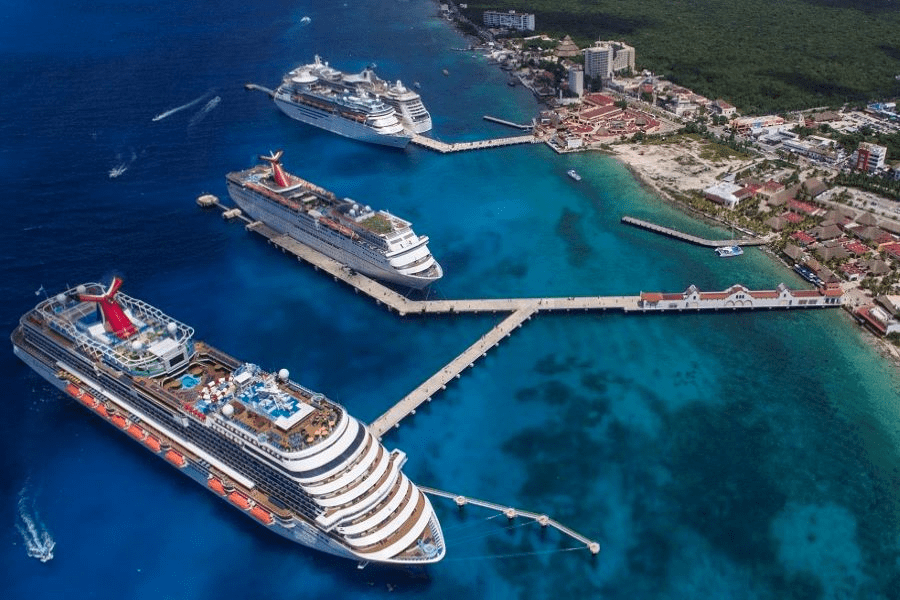 Just days after Royal Caribbean announced it will offer Mediterranean cruises from Haifa, Israel beginning in May, there’s talk that the world’s second-largest cruise operator is in discussions with Mexican officials on the potential of basing a ship on the island of Cozumel.

The mayor of Mexico’s largest Caribbean island, located 12 miles off the coast of Playa del Carmen, was courting cruise companies to use a nearly-completed fourth cruise ship dock as a home port. At that time, Mayor Pedro Joaquín Delbouis said he had reached out to both European and U.S.-based cruise operators.

Now, the mayor has revealed that there have been discussions with Royal Caribbean on the possibility of basing a ship there.

“A company has established a Plan B, that if in April there is no decision to sail, Cozumel would be its home port starting in May,” he told the Riviera Maya News. “We were consulted and we immediately said yes.”

Responding to media inquiries on the subject, Royal Caribbean was noncommittal. This isn’t really surprising considering the fluidity of the current situation, as cruise lines await new guidance from the Centers for Disease Control and Prevention (CDC) on the next steps towards reopening the industry.

Royal Caribbean also announced in January that Barbados will become a homeport for the first time beginning in December. Grandeur of the Seas will offer seven and 14-night Southern Caribbean itineraries from the island.

ASTA Backs Legal Action to Put Cruises Back at Sea
State of Florida Files Lawsuit against the CDC
CLIA Wants U.S. Congress to Lift the CDC’s Sailing Order
Cruises Heading Back to the Dominican Republic in June
Royal Caribbean to Start Mediterranean Cruises for Vaccinated Travelers
CDC Stays Hush on Cruise Lines’ Call to Resume Sailing
Royal Caribbean Also to Sail from Bermuda in June
Costa to Resume Its Cruise Operations in May