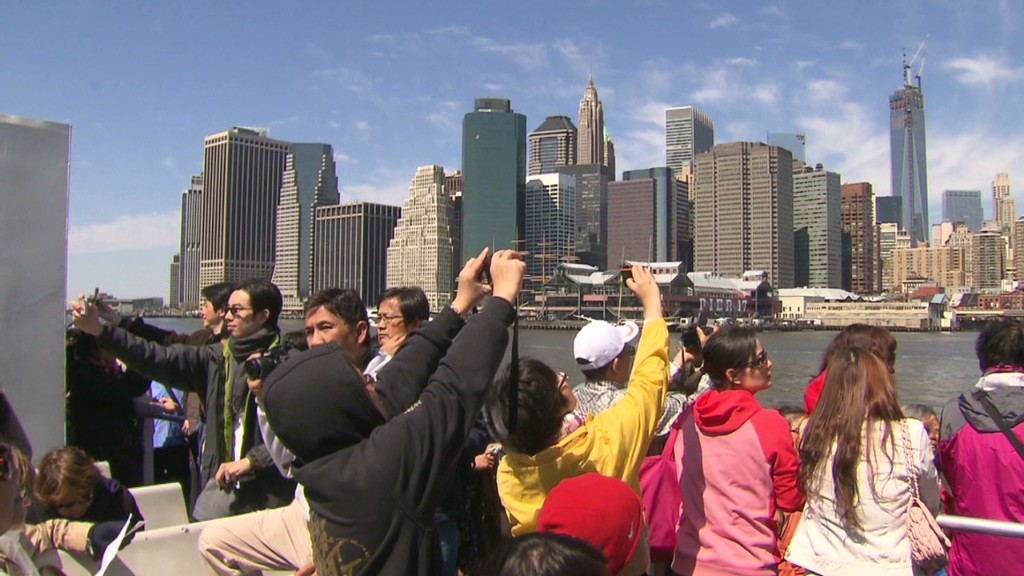 A recent report by Pacific Asia Travel Association (PATA) predicts that China will be the largest international tourism source market for the U.S. by 2020, excluding Mexico and Canada. This marks a pivotal visitor scenario shift from the one that was dominated by the UK and Japan.

PATA, which analyzes Asia-Pacific region’s international travel trends, predicts that by 2020 the number of Chinese travelers visiting the US will reach 5 million per year.

Furthermore, the annual growth rate will be approximately 13 percent for the next five years. In 2015, 3 million Chinese visited the US and China was the third largest tourism source market.

As such, six percent of all the overseas visitors to the US would be Chinese by 2020 compared to UK’s and Japan’s market share of 4.27 percent and 4.03 percent, respectively. The market share of Canada and Mexico put together is 50 percent.

David Huether, senior vice president of research at the U.S. Travel Associations, said the number of visitors from the UK and Japan would continue to rise over the next 10 years, but the annual growth rate is likely to be only in single digits.

Huether also said that an oncoming wave should not be anticipated, even though there will be more Chinese travelers, because that has already happened in the past decade. He further added that the ten years will see strong growth.

Instead of just two countries making up a large chunk of the overseas tourism source market (as in 2000), eight countries make up 50 percent of the visitation market with equal shares. Apart from China, travelers from several other countries to the US are expected to grow.

Currently, Brazil is the third biggest overseas source market. The country is likely to maintain its position in 2020. However, the average annual growth rate will be the highest from the Asia-Pacific region.

According to the U.S. Travel Association, the overall increase in travel exports was 3.5 percent during the period March 2015 to March 2016. In 2015, international travelers spent as much as $277 billion in the US, the best performance in a couple of years, indicating that the moderation in international visitors’ spending has started to ebb.

The growth in tourism to the US has also been fueled by higher incomes in the Asia-Pacific region, especially in China. Further, the report pointed out that the income sensitivity displayed by the European source markets (specifically Germany and France) and the Americas (Argentina, Mexico, Brazil and Venezuela in particular) are higher compared to the tourism source markets in the Asia-Pacific region.